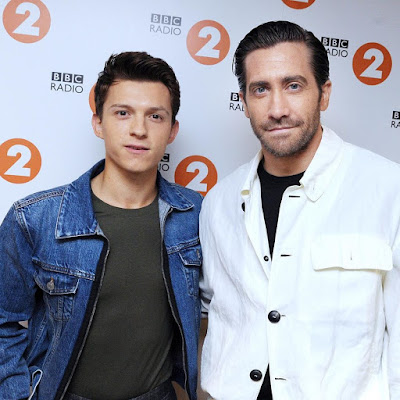 I don't know if you've been following the thread but I've been here and there documenting the ups and downs and tops and bottoms of Tom Holland & Jake Gyllenhaal on the ongoing press tour for their upcoming Marvel movie Spider-Man: Far From Home for the past several weeks -- you can see all that right here. It's been fun! Tom was on The Late Show last night and Stephen Colbert made mention of their "bromance" -- I think Stephen's a secret reader of MNPP -- which led to Tom telling a story that ends with him saying...