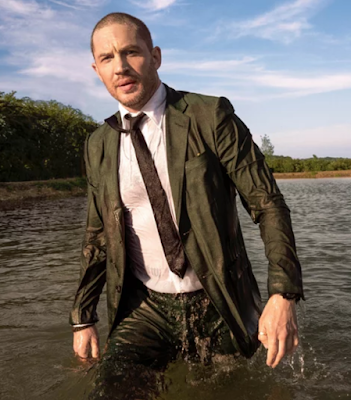 Unexpectedly I've got myself a half day today, but not for fun reasons -- I have to go to the DMV to get my license renewed, barf -- so I guess we're closed up until tomorrow, and you'll have to make do with that photograph of Tom Hardy until then. Be strong! On that note though did you hear they have confirmed a Venom sequel? I never properly reviewed the first film, which was a real love-it-hate-it affair for most, but I just fell somewhere in the blah middle -- you could see the interesting movie it could have been (in scenes like the lobster tank one, which hilariously is all Amy Pascal seems to want to talk about while confirming news of a sequel) but it ultimately fell short as it conformed itself to comic book movie expectations. Still if they're green-lighting a second one I'm hoping they learned what worked and what didn't and double down on the right stuff this go around...