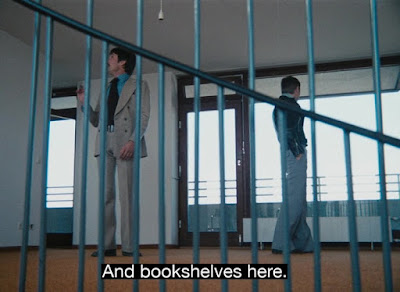 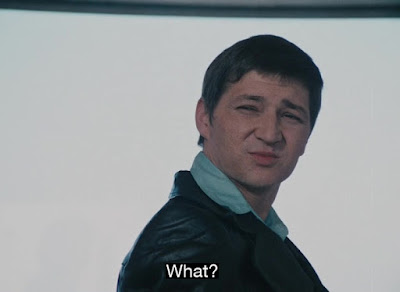 When a gay movie comes out in 2019 we all act as if the sun and the moon has been moved to make space for us. I liked Love Simon just fine and don't want to pick on it but it's a good example of how we get so worked up about representation -- we like just being seen, being a part of the cultural conversation...
. 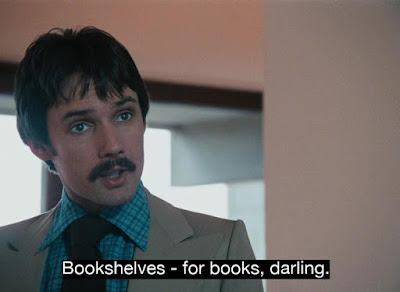 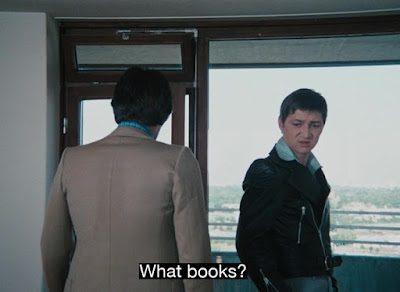 ... no matter how dull that conversation ends up being. That why it always comes as a shock when I look back at Rainer Werner Fassbinder's 1975 film Fox and His Friends -- his career was obviously gay forward from its start but this is more or less his most straightforward homosexual relationship drama, explicitly about two men making a go of it.
. 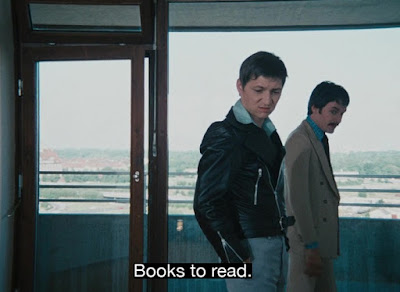 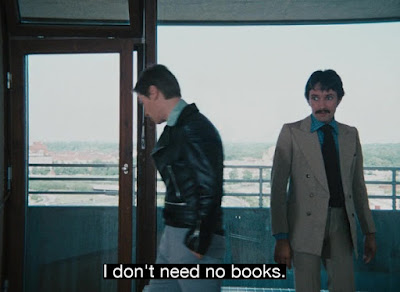 And in 1975, twenty-plus years before we got any heart-affirming Love Simons that were around to tell us we are alright... there was Rainer, telling us we were just like everybody else, aka fucked up and mean and dumb. Victims and exploiters, part of the same class system crush that chews up the poor and uneducated in order to keep the wolves fed.
. 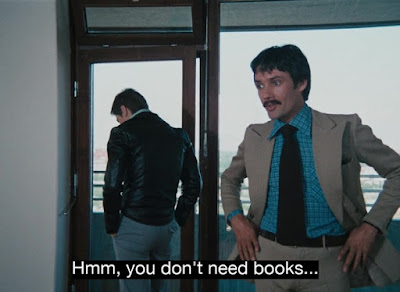 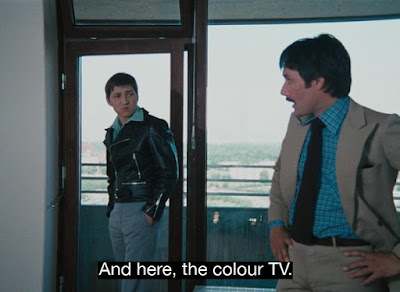 Eugen (Peter Chatel) spends every second sneering at Fox (Fassbinder) but Fox can't see it because he's been told he should aim upwards. I don't really think he ever truly loves Eugen -- how could he, Eugen is so awful at every single moment -- but Fox is in love with the idea of what Eugen represents. The trim pretty well-dressed A-list homosexuals who go to the opera and buy "old furniture"... 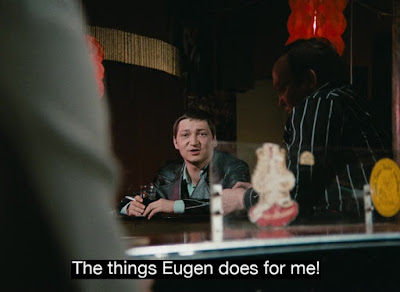 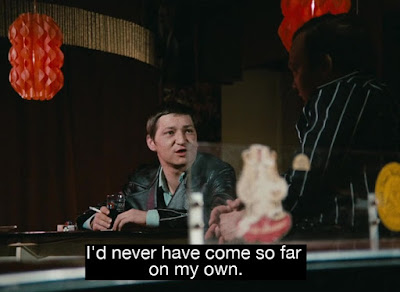 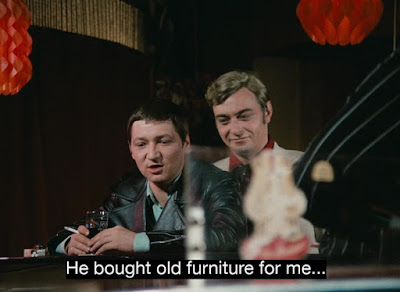 Fox has been told he's not good enough, he should be better, and Eugen exploits that desire until there's nothing of Fox left. The crafty and cunning "fox" is really just a prop head, jabbering nonsense, tossed about like a football for everyone's leisure and sport. 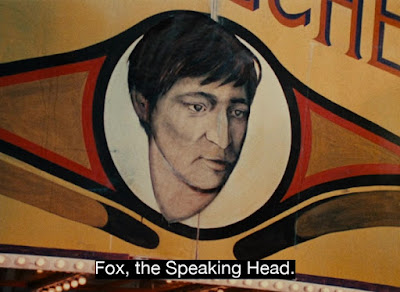 Where even once Fox thought he had no use for those books he's so drained of self by the end that he's actually looking forward to a "library" all of a sudden... 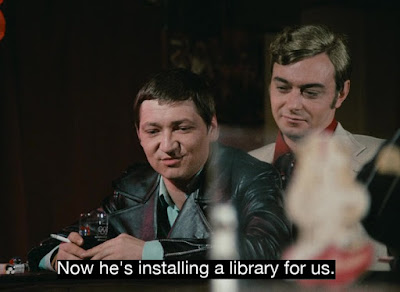 We only get the briefest glimpse of the books
behind Eugen's also sneering mother... 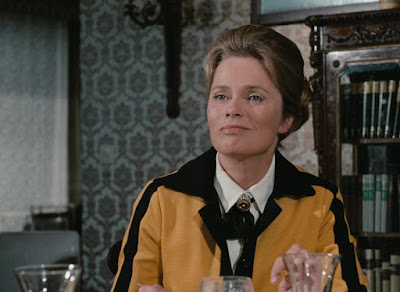 And can I add that I have always adored her costume, what must have been an obvious nod to Bruce Lee's  famous Enter the Dragon bumblebee  jumpsuit, which took the world by storm two years before this film. Enter the dragon, indeed. (She's awful.) But the books being talked up and then never looked at is only proper, since they're nothing but a symbol -- indecipherable to Fox, but burying him alive no less. And in the end... 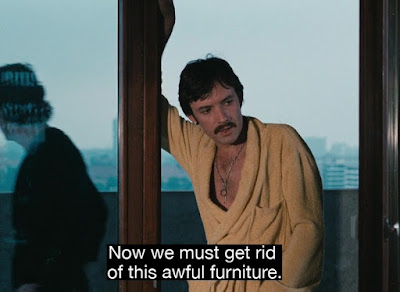 ... once he's gotten rid of Fox and moved his hot slim A-list gay ex into the apartment that Fox paid for even Eugen admits it was just for show, a way to bilk Fox out of his money. They can get back to their proper life, their station reassured, while Fox notsomuch. 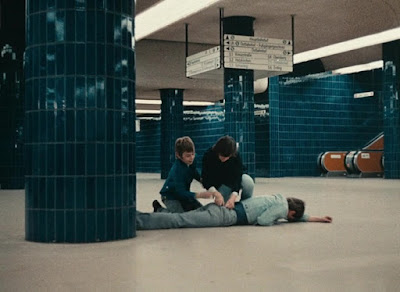 Love Simon was made out to be a huge thing because it was aimed at the younger generations I think. it was supposed to be sort of like an opening at mainstream gay movies or something. which obviously didn't work cause not enough people went to the theater to see it. I tought it was pretty good, but yeah, not that big a deal.

it's a bit like people complaining about that Taylor swift video, and I mean, if just one kid feels better about themselves being lgbtq, or more accepted, then I'm really glad she made the video. I think that's what some people were trying to do with that movie. that and money of course.