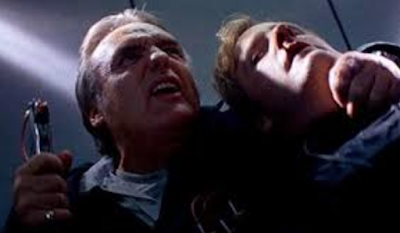 Howard: See, I'm in charge here! I drop this stick,
and they pick your friend here up with a sponge!
Are you ready to die, friend?
Harry: Fuck you!
Howard: Oh! In two hundred years we've gone
from "I regret but I have one life to give
for my country" to "Fuck you!"?

Jan de Bont's glorious actioner Speed came out 25 years ago today. There's a nice piece over at The Film Experience today commemorating the anniversary if you'd like to read more -- mostly I'm just curious right at this moment what the hell happened to JDB's career? He only directed five films, and hasn't directed anything since the Lara Croft sequel in 2012. And besides my mostly irrational love for Twister his directorial career has mostly been junk... 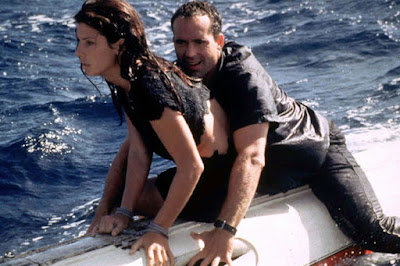 ... Jason Patric in wet jeans aside Speed 2: Cruise Control is unfathomably awful, and the less spoken about his Haunting remake, the less thought about that abomination, the better. Still you say his name and I still think of Speed and that's not a bad calling card in the slightest, so I'm surprised he's not still working. Even just as a cinematographer, given that his bonafides with Paul Verhoeven are what got his career started. I mean... 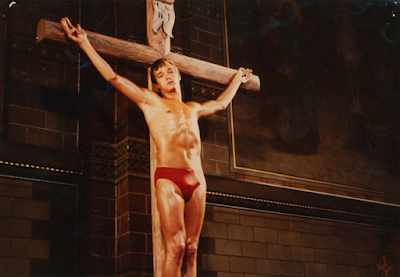 ... the man shot The 4th Man, and that ain't bupkis. But perhaps it's the ongoing Keanussaince that is our best bet for peace and prosperity all the same. Keanu for President!