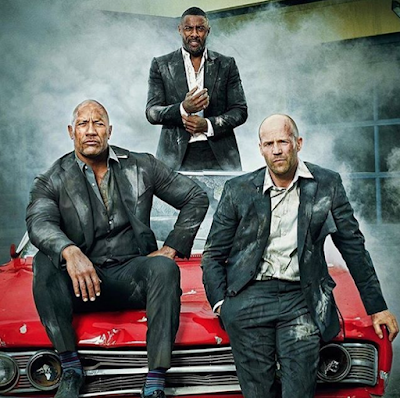 I have never seen a Fast Slash Furious film and I'm heck no not about to start now with this Hobbs and Shaw movie out later this summer, but hey this new photo of its stars Dwayne Johnson and Idris Elba and Jason Statham (via) is good enough for one of our "Do Dump or Marry" queries, I think! Go on and tell me in the comments who you do, who you dump, and who you marry...
.
Who? Jason Adams When? 1:10 PM

I'm with Aquinas -- once would not be enough with Idris.

Dump them all - yack!

Agreed. I DO NOT get the Dwayne thing. Too cartoonishly big. I know I’m alone on this but I feel the same way about Momoa. He looks like the cover of a romance novel. Then I’d do Jason and marry Idris.