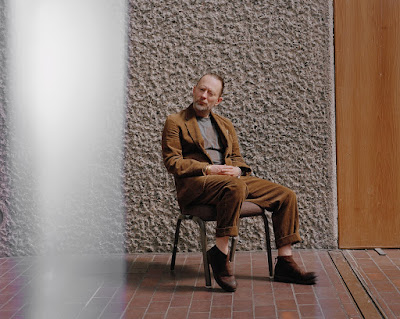 Something called Crack Magazine just gifted us with a great big interview and photo-shoot with Radiohead front-man and MNPP hero Thom Yorke, and so I will refrain from side-eyeing yet another magazine I've never heard of too hard. They talk with him a little about his upcoming solo record, a little bit about his music for Suspiria, a lot about politics and the environment, and at the end they talk a little about Radiohead -- if they're going to be recording anything new soon (they haven't made official plans yet but it sounds like it'll happen at some point, thank goodness) and, most interestingly, the interviewer gets Thom looking back a bit...

"Recently, I’ve been going through the Kid A and Amnesiac stuff with the others. We were all a bit mad by the end of that period. We went through the whole crazy OK Computer period and I became catatonic at the end of it. Then we worked really hard for a year and a half with really not that many breaks and it was really intense. We didn’t know what the fuck we were doing, and I was refusing to rehearse anything! Imagine, if you will, the chaos.

I recently found this box file of all the faxes I was sending and receiving from Stanley [Donwood, visual artist] about the artwork and they’re hilarious. I’ve got all this stuff, pages and pages and photocopies, that I just left strewn around the studios. Nigel picked them up and thought, ‘We’d better keep these.’ I was so focused and at the same time angry, confused, paranoid. I’m looking at all these people involved, going ‘Who the fuck are these people?!’ We’re going to do something really cool with all that material." 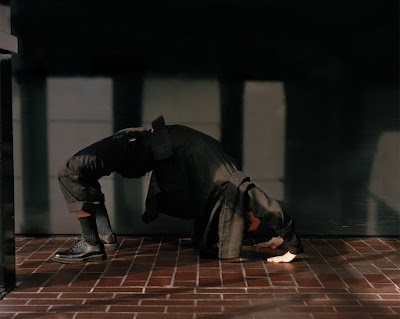 Sweet. Thanks for sharing that. Love Radiohead.