One Step Forward, Ten Steps Back 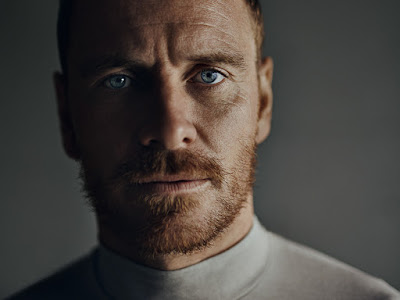 Today I am the bearer of both good and of bad news, simultaneously -- I am an epileptic fit at your fingers. Because, good news, we finally have word that Michael Fassbender is going to act again! He is according to The Playlist, in talks to take one of the roles in the remake of The Wild Bunch! But that brings us to the bad news, and the bad news isn't just the idea of remaking The Wild Bunch in the first place -- the bad news is who's remaking it. Mel fucking Gibson is remaking it. Here is live footage of me reading this news:

Why??? What have we done to deserve this??? Somebody email me a million copies of that Tyra Banks "We were all rooting for you" gif immediately and maybe I'll feel like my mood has been captured, but only maybe. I don't think I can even satisfy myself with the thought of Michael Fassbender being in cowboy pants again -- I mean I have no doubt that Mel Gibson will personally make sure that Fassy's cowboy pants are snug in all the right places, he'll put a needle and thread between his lips and sew that shit up as obscene as he can get it himself. But that's not enough. Fuck Mel Gibson. I need a goddamned drink.
.

I know this is SO not the point and you were being cheeky but what makes you think Gibson would put any effort at all into objectifying Fassbender? Granted, I haven't seen a lot of Gibson's movies but he doesn't strike me as the kind of guy who understands or cares about those kind of aesthetics (few straight male filmmakers do).