I'll Show You My Down Under If You Show Me... 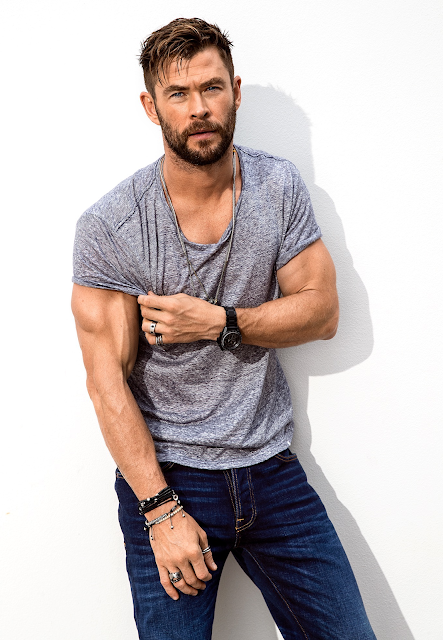 Chris Hemsworth is planning on teaming up with Tiffany Haddish for a buddy cop comedy called Down Under Cover, which will have the two teaming up to, and here is where I have buried the lede, infiltrate a troupe of casino-robbing male strippers. Yes. You heard me right. Chris Hemsworth is making a stripper cop comedy. With Girls Trip star Tiffany Haddish. I am now going to go stick my head out my office window and see if the New York neighborhoods of Chelsea and/or Hell's Kitchen have suddenly burst into flames. Panic and riots in the streets! Gays exploding like balls of fireworks!
.
Who? Jason Adams When? 11:37 AM

You KNOW this means Hemsworth will have to go undercover and join the strippers, right? I mean, he HAS to, right? RIGHT?