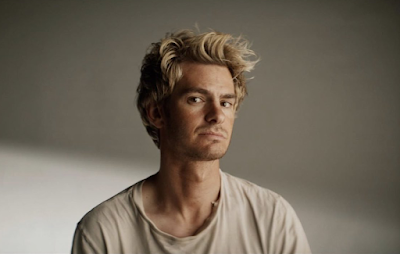 Gia Coppola just posted this shot of Andrew Garfield this morning -- he is starring in her next film called Mainstream, and he is apparently doing it as a blond! This isn't a shock to those of us who saw the pictures of him (thx Mac) running around in Los Angeles with that hair a few days ago... 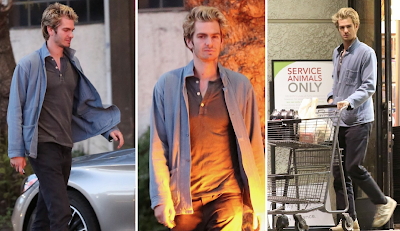 ... but it's still a look. Or as the kids and/or homosexuals are saying, a lewk. (Nobody says that do they?) Anyway Mainstream (which co-stars Jason Schwartzman and Maya Hawke) is, according to IMDb, about "Three lovers [who] struggle to preserve their identities as they form an eccentric love triangle within the fast-moving modern world." This had better be a goddamned bisexual love triangle, because I'm sick of Jules & Jim rip-offs not going there. Jules & Jim was almost sixty years ago! The subtext is text, yo. Anyway I ask y'all...
.

Gotta say, dirty blonde's a really good look for him!