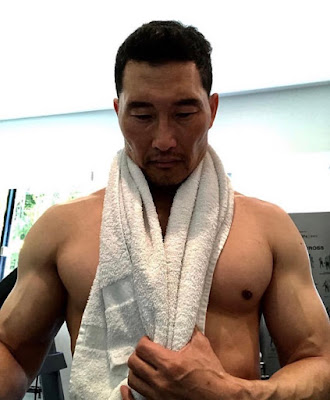 "This is a very controversial shot... I've never taken a shirtless shot, ever. If you look through my feed, that's the only one. And actually I was very hesitant about posting that, because I don't want to be that guy that...you know. I don't know, I'm not that comfortable being that guy. At the same time, I turned 50 this year and there was a part of me that was like, you know what? I look alright for 50 years old. And when people say to me, you can't play leading men anymore because you're too old... They don't say it directly, but it shows in the kind of roles I'm being offered now. The dad roles are coming up and the uncle roles are coming up, and sometimes the grandfather roles are coming up, and I feel like I'm not quite ready for those roles. So that selfie was kind of just my way of saying, I'm still active, I'm still vital, I still feel really good."

--- That is Hellboy and Lost hunk Daniel Dae Kim talking to Elle Magazine about the ridiculousness of Hollywood where Daniel Dae Kim could be considered for grandfather roles. My god! Look at him! You're crazy, Hollywood. I've been sitting here on my hands since Lost waiting for DDK to headline rom-coms and action movies and pansexual grandfather movies and I hear this shit... y'all suck. Hit the jump for a few more shots from Elle anyway... 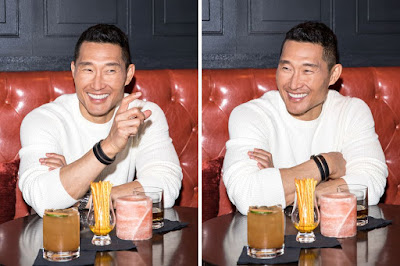 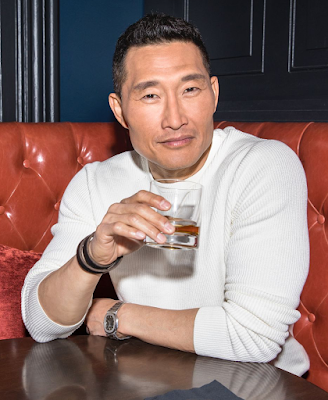 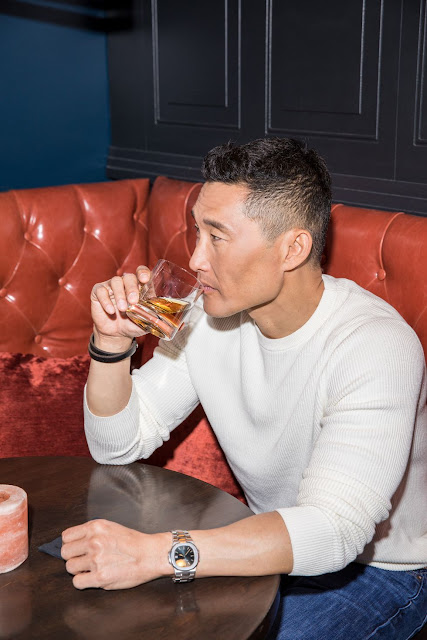 If he was my grandfather, I would be incestuous

Jesus. I just started following him on Insta.

all his pix should be shirtless - you know, just to drive the point home...

I mean, the man is flat-out gorgeous and in amazing shape. Yes, give him all the leading romantic roles.

But the dude is FIFTY and he thinks it's insulting to offer him dad roles? I hope every actress in Hollywood over 35 is laughing at him.