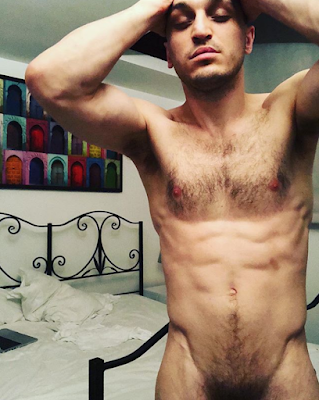 German actor Franz Rogowski is trying to kill me! I'd just mentioned the Transit star earlier this morning, as he's part of the stellar cast for Terrence Malick's new film that's about to take Cannes by storm, and as if summoning up sex from the very earth itself this picture presented itself to me mere minutes later, via Franz's Instagram. His caption to this photo reads, "Heute Abend wieder No Sex in München #20uhr30Kammer1" so ya know, if you're in Munich, get your ass over to Franz's place, folks. (And insert a joke about his movie Happy End with Michael Haneke here.)
.
Who? Jason Adams When? 11:42 AM