Nikolaj Will Melt That Winter Away 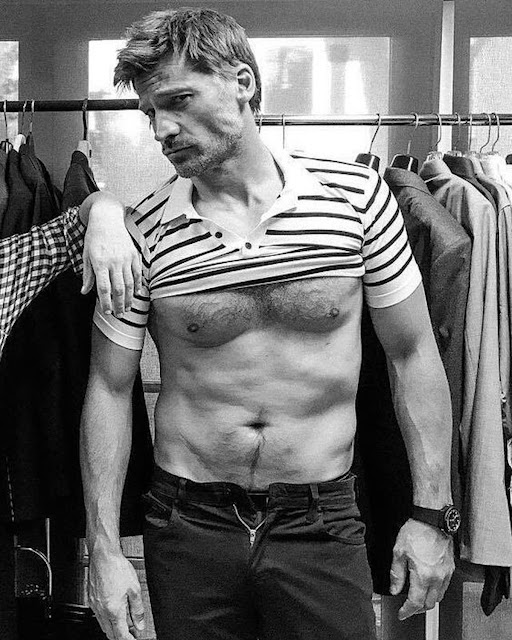 (pic via) As explained a bit earlier there are a lot of movies to see in the movie houses this weekend but the cultural event of the year is actually on the small screen this Sunday -- the first episode of the last season of a little show called A Game of Thrones is happening in 54 hours and counting. I was going to tell you the episode's title but HBO is keeping even those tight to their leather vests -- that's not the sort of thing I usually pay attention to; do they keep even that so secret every year? Not that they're in need of furious speculation -- I've been seeing nothing but for months! -- but they could juice the hype by giving us some titles. Think about it HBO! I wouldn't want your little show to fall through the cracks! 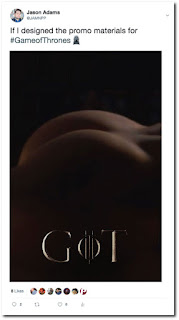 Anyway I will be watching along with (most of) the rest of you, so if you want to share some of that speculation here in the comments go to town! (Only if you don't know actual spoilers though, please -- I have managed to avoid all of that and would like to keep it that way.) What do you want to see happen on this final stretch of unnamed episodes? Besides Jamie Lannister and Jon Snow fucking on the back of a dragon, I mean. That's the obvious answer. Let's dig deeper! Like for example I want to see Lady Stoneheart ride in on a flood of rabid direwolves -- nerdy shit like that.
.
Who? Jason Adams When? 5:21 PM

I want to see Jamie drop fucking Bran out another window.