It Takes So Long To Get To Y 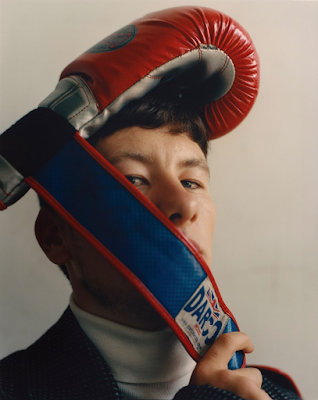 Being a Y: The Last Man fan is so damned stressful! I've been waiting for Brian K. Vaughn's graphic novel masterpiece to be adapted onto some sort of screen, be it big or small, for over a decade now and it's been nothing but ups and downs and downs and ups, and just when I thought that FX had figured it out shooting their pilot with Barry Keoghan and Diane Lane in the leads and American Gods writer Michael Green, poof, more trouble -- Green and his co-producer Aida Mashaka Croal (Luke Cage) announced on Twitter last night that they were exiting the show, saying "FX has decided not to move forward with our series in its current form.” That said FX told Variety they're "still planning to move forward with the series with its current cast" so all's not lost, it's not entirely back to the drawing board. Still I wish they could get this together! It's been so long since I read the books my old man memory has faded everything down to dullness.
.
Who? Jason Adams When? 12:17 PM