I Wanna Run To Dom 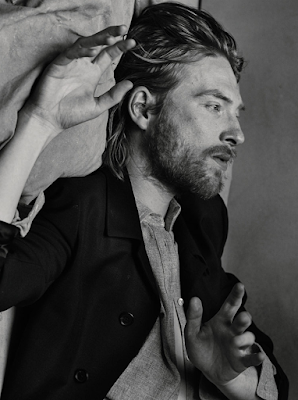 I only recently caught up with Fleabag, Phoebe Waller-Bridge's comedy series (streaming now on Amazon) that stars herself fucking through (and up) London -- twas the promise of Olivia Colman that did it, but I'm glad I did catch up even Colman-aside because it's a brilliant little jewel that I flew through over the course of about three days in absolute delight.

Don’t worry everybody, everything is better now — I finally started FLEABAG after ages of meaning to and I’m crying tears of laughter just five minutes in pic.twitter.com/4TSsYg6xw1
— Jason Adams (@JAMNPP) January 24, 2019

.
And hip hip hurray for news that the second season is coming on May 17th! I'm sad I'm not seeing PWB doing Fleabag live on stage here in NYC right this minute actually, but alas I am a poor person.

Anyway everything is coming up Phoebe right now -- besides the second season of Killing Eve she has just announced yet another show called Run (thx Mac) and it will star Merritt Wever alongside our favorite working ginger Domhnall Gleeson (the "working" was added to avoid making Michael Fassbender sad faced). Run is described thusly:

"Run centers on Ruby (Wever), a woman living a humdrum existence who one day gets a text inviting her to fulfill a youthful pact, promising true love and self-reinvention, by stepping out of her life to take a journey with her oldest flame (Gleeson)."

LOVE Fleabag. God it's so brilliant. And Run sounds like it could be really fun.

First Damian Moloney in crashing and andrew scott in fleabag and now Gleeson her casting is on point and Meritt i love. I wish Greta and her would team up either playing sisters or just you know ruling the world, i dont care make it happen.