When Boyd Holbrook posted his latest stab at male modeling -- if you haven't scrolled through our great big enormous gratuitous post on Mr. Boyd from way back in the day then you might not know he had an extensive career in being a hot ass male model before he became a professional actor -- on his Instagram last week I was like, wow that is some sexiness. But it wasn't until I went to the brand Zegna's site, which is what the ad is for, that I realized the commercial was shot by no less than Luca fuckin' Guadagnino! And now the sexiness, it makes the sense.

I mean who else would feature an extreme close-up of Boyd zipping up his pants, lol? Anyway of course now after the fact I notice that Boyd actually did mention "his friend Luca Guadagnino" in his original post, but that only opens a whole new can of worms, getting me thinking all kinds of thoughts about their "friendship." What friendship? Where are the photos, Boyd? Where are the photos???

I could see Elio having a fling with Boyd in Call Me By Your Name, couldn't you? (I know you could, and can, and will, and do.) Hey Luca, I know you're listening -- make it happen! But seriously, I know Luca's listening because there are other videos in the Zegna campaign, including one that's of (deep breath) Andre Holland doing pull-ups in front of a bookcase!!!

Luca! You're too too good to me, dude. And I haven't even gotten around to the William Chan videos yet -- if they're good we'll post them later this week. This morning has already gotten away from us with all these gifts! Hit the jump for more gifts, in the way of gifs... 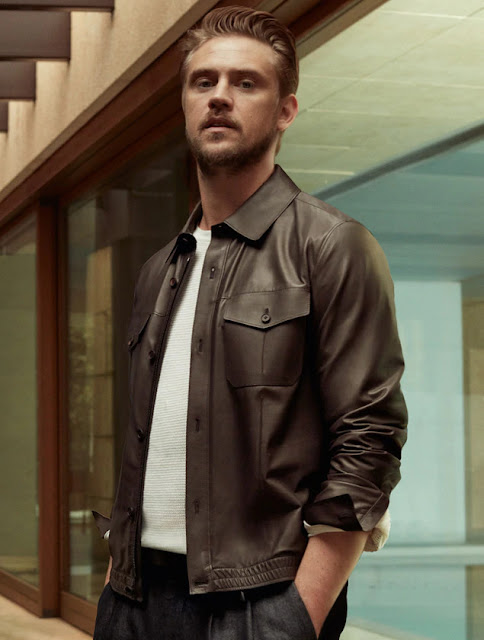