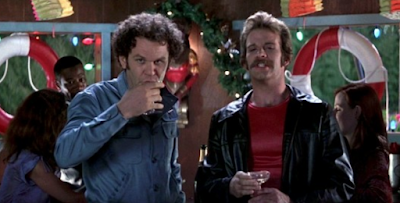 Todd Parker: Who's 'vette is that out in the driveway?
Reed Rothchild: DIRK! I'm so jealous.
Todd Parker: That shit's jammin', man. Start down low with
a 350 cube, three and a quarter horsepower, 4-speed, 4:10
gears, 10 coats of competition orange, hand-rubbed lacquer
with a huplane manifold... full fuckin' race cams. Whoo!

I have no idea what he just said, but Thomas Jane's performance as the coke-head to end all coke-heads in Boogie Nights is really underrated, I think. There are enough side characters of god-like stature in that movie to make ten lists but you never hear him get love. He totally should! I would watch an entire spin-off movie about his "dancing" career.

It's Jane's 50th birthday today so a happy one to him! Although he's not as prevalent as he was a decade back I'm glad he still works a lot -- it was good to see him in The Predator and the little horror flick Before I Wake is super under-rated. And I haven't kept up with The Expanse but that's still going on right?

Anyway if I weren't busy finishing up my awards today I'd totally do a list of my favorite performances from him because I'm a big fan, but since I am busy with that I'll just ask y'all -- What's your favorite Thomas Jane? I mean besides this photograph obviously... 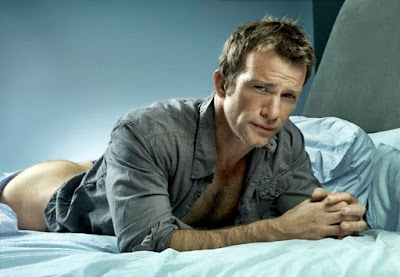 That scene in Original Sin.

He was quite the hunk in The Last Time I Committed Suicide.

I loved "The Mist"

Gotta say it - he was sexy as hell in The Punisher; never looked better!

Gonna have to go with Hung. Enough said.

"I just want my family back!"

The wetsuit and getting out of the wet suit in Deep Blue Sea. No contest.