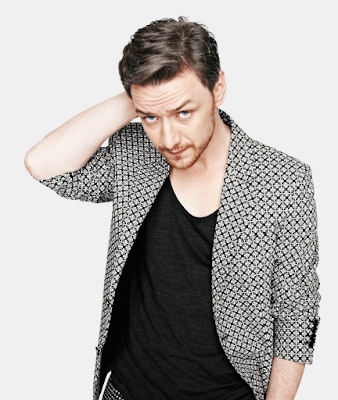 I've been reorganizing my bookshelves for what seems like weeks now (it seems like weeks because it has been weeks -- I have a lotta goddamned books!) and yesterday I was situating my pile of Philip Pullman books and thought to myself I sure would like to read the His Dark Materials books again. I meant to when The Book of Dust (the first book in a new trilogy that overlaps with the original threesome) came out in 2017 and that didn't happen -- perhaps I should make a plan of it? Before the next book (which I just learned via Wikipedia will be called The Secret Commonwealth) comes out? Or, since that doesn't have a precise release date yet, perhaps before the BBC miniseries comes out this year? We don't have an exact date for that just yet either but we do have a teaser trailer, just released yesterday! Watch:
.


.
As we reported when they were cast James McAvoy's playing Lord Asriel, aka Daniel Craig in the failed big-screen adaptation, while Ruth Wilson is tackling the Nicole Kidman part -- I loved the original cast in 2007 (sigh, Eva Green as Serafina Pekkala!) but Chris Weitz and the scaredy-cat American studio messed that movie all up, so here's to hoping that the BBC knows not to gut the entire atheistic point of the books. Or else!

JAMES MCAVOY is so hot. That's it. That's the whole comment.

It was great seeing him at the Academy Awards. Also being hot.

the cast of the film was so good, but i do have faith that the series will be good. mostly so we get to the second book. Will was my favorite character!

I cried when I was a teenager and the movie was announced, and I cried again today - these books saved my childhood. Cannot wait!