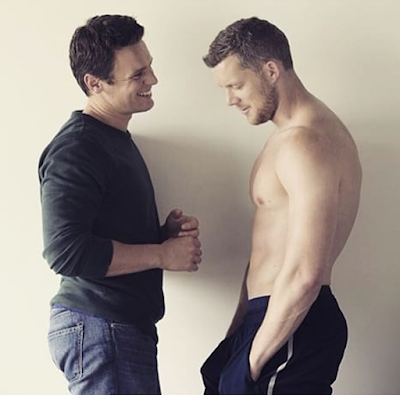 This past Saturday marked five years since HBO's show Looking premiered - starring Jonathan Groff and Frankie J. Alvarez and Murray Bartlett as three San Francisco based friends slash homosexuals who fucked and flirted across two seasons and a movie, Looking was a lightning rod for criticism from all angles (including my own) and I miss it all the damn time, you guys. How about you? I'm one of like ten people who preferred its first season to its second but I wish we could've gotten a third, fourth, fifth season all the same. What are your thoughts on Looking five years out? (PS the entire thing is streaming on HBO Now, by the way.) 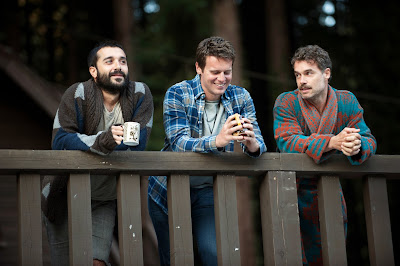 I was never more than a casual fan (I still haven't seen the movie), but I feel the show was just starting to find its footing when it got cancelled. I really do wish we'd gotten another few seasons to develop the characters. Plus, I will never get tired of naked Jonathan Groff.

Murray Bartlett was always nice to look at, but it never quite got it's footing. BUT(t) it was still sometimes really good television, and there was nothing else like it, and still hasn't been one.

Logo should have picked it up.

Groff AND Bartlett were both extremely nice to look at. Groff may be the most physically proportional man I've ever seen (seriously, look at him in scenes where, say, he's standing naked in front of a bathroom mirror and you see his whole body from the back - it's insane). It maybe was Great Television, but it was nice enough for 30 minutes a week.

Logo picking it up is a great idea.

I loved Looking. More than I probably care to admit. It reminded me of the US version of Queer as Folk -- it was sometimes embarrassingly bad, but I was was always entertained. Looking is the more realistic of the two, of course, and I do wish we had more time to spend with them.