Géza in Love & At War 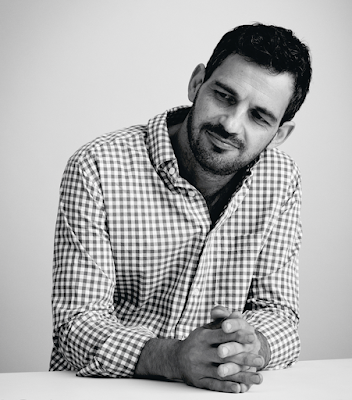 Lots of groovy press materials worth a look-see hitting this here internet this afternoon - we just shared the trailer for Steven Soderbegh's new film previously, but seconds later into my inbox appeared the trailer for another movie I want inside of me, the surrealist Icelandic comedy Woman At War. The film played Cannes last year to huge raves, and just recently we were reminded of that when our pal Gavin (who actually snuck off to Iceland to see the movie!) put the film at the tip-top of his faves of 2018 list. (PS you should watch Gavin's video.) Here's the trailer:
.


.
Woman At War opens in select cites on March 1st and I'm pretty sure it's one of 2019's must-sees, so see it when you can see it. Next up another one of those must-sees for everybody - Shawn Snyder's To Dust, which I've been raving stark madly over ever since Tribeca last year. (Here's that review.) The film tells the story of a Hasidic man (Son of Saul's immensely talented Géza Röhrig, pictured up top) grieving his deceased wife and the wacky weird spiritual journey that grief takes him on, involving a high school science teacher (shades of Election) played by Matthew Broderick. To Dust already dropped its trailer (watch it here) since it's out very shortly - February 8th - but they've given us a clip now too, so watch, it'll give you some idea of the film's tone:
.
.
Who? Jason Adams When? 12:25 PM