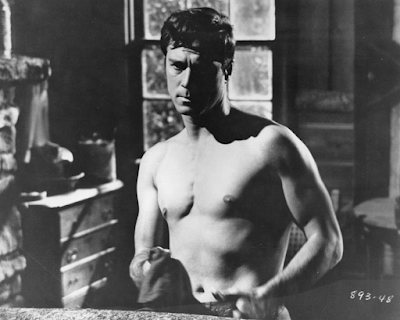 I have a mystery! When I was doing this week's "Siri Says" series for the year 1964 (check the post out here) I came across a 1964 film called The System (also known as The Girl-Getters) from director Michael Winner that stars Oliver Reed, leading me to stumble upon that photo there, which the internet has labeled as a picture of Oliver Reed in The System. I don't think that's Oliver Reed though, is it? I mean it's a weird angle, darkly lit, and runs deep through the uncanny valley - I suppose it could be? I don't fucking know. Help me! Is that him, or do you know who that is? Save my sanity, please, I beg of you! (Editor's Note: My sanity hinges on much more than this single photograph, so don't bother.) Here is another picture of Oliver in the film which is definitely Oliver: 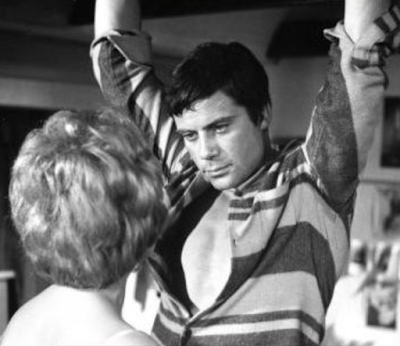 Looks like the love child of Oliver Reed and George Maharis.

Might have to spend the day cross-analyzing this torso and the wrestling scene in Women in Love...

THAT IS HIM - weird angle!

That's definitely George Maharis not Oliver Reed. Reed had a stockier body even as a young man.

At first I thought it was Christopher Plummer but I think on closer inspection that it is George Maharis.

George Maharis, who also posed nude with a horse for Playgirl. You should also track him down in 1964's Sylvia with Carroll Baker. This might be a still from that film

That pic looks like George Maharis ( Route 66 )to me.