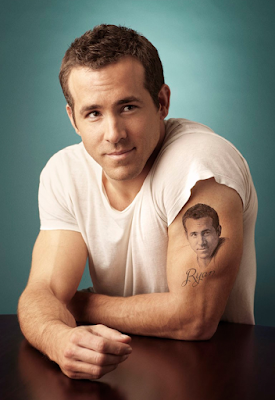 I was going to say the last time that Ryan Reynolds starred in a horror movie was 13 years ago when he looked like this and made the Amityville Horror remake, which is only remembered because he looked like that. But then I remembered he made that outer-space horror-movie Life with Jake Gyllenhaal just last year (memorable, notsomuch, it turns out) and he also made that "Ryan Reynolds is trapped in a box!" movie called Buried in 2010, which counts.

So anyway he's no stranger to the genre, which he's about to revisit with the just-announced The Patient Who Nearly Drove Me Out of Medicine, which is quite the title. We'll see if they keep the title (I hope they do, I like long weirdly specific titles), which comes from a novella by Jasper DeWitt that was published via Reddit No Sleep - it's about, and I quote, "an idealistic young doctor who tries to solve a mystery and heal its most difficult patient." Dr. Ryan Reynolds! Sign me up, cough, cough. (thx Mac)
.
Who? Jason Adams When? 2:03 PM