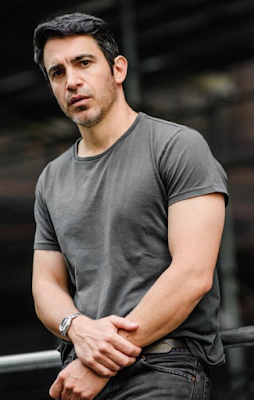 We already know that Ewan McGregor is playing the main bad guy in Birds of Prey, Margot Robbie's spin-off movie from Suicide Squad that's got her reprising her fun turn as Harley Quinn, who in this series recruits a bunch of super-ladies (including Mary Elizabeth Winstead!) to do [insert bland Macguffin plot here]. But since one bad guy (much less an entire team of super-females) ain't enough anymore we've just got word that there will be another bad guy (a crazy serial killer who carves himself up named Victor Zsasz) and he'll be played by Chris Messina. First thing I googled? To see if the villain wears leather pants. I really want Evil Chris Messina in leather pants. Well the pants depending on the adaptation... 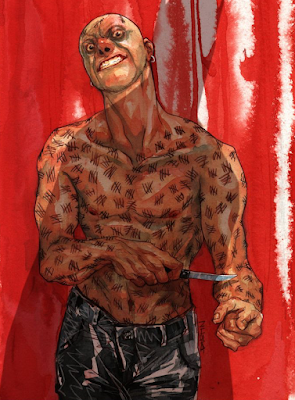 ... but Victor Zsasz is almost always shirtless, the better to show off his self-inflicted wounds (one for every victim), and I guess that will do. Looks like Chris will also have to shave his head? I think he can pull off bald, right? It will highlight those killer lips of his. Emphasis on killer, I guess. Oh man, another messed up pervert for me to fawn over? The list has gotten so endless...
.
Who? Jason Adams When? 12:50 PM

I still haven't gotten over his self-love from Sharp Objects.

I'm happy to see some Messina love here, he's been my jam since 6 Feet Under
Fuck, the verifying shit on here is annoying as all hell