5 Off My Head: Globes Gotta Globe

I totally forgot that the Golden Globes nominations were being announced this morning, but perhaps that's for the best - reading through them over at The Film Experience just now left me wishing for a cocktail or ten and its a little bit early for that. Love for desperate dreck like A Star is Born is expected this season so I'm not letting that actually bother me, but a Best Picture (Drama) nomination for Bohemian Rhapsody is some real bullshit, as is a snub for all things Hereditary, and then this...
.

I am personally affronted by a nomination for the music for A QUIET PLACE for anything, unless there is a category for "Best Ruiner Of The Entire Concept Of The Movie"
— Jason Adams (@JAMNPP) December 6, 2018

... actually gives me stomach pains. What a bad, bad decision that is! Especially when you've got Thom Yorke making gorgeous haunting music right over there in Suspiria! Ugh, Globes. But that's just it - it's the Globes, they gonna Globe, there's no point working one's self up into a froth. So let's look for happy things... which are all, weirdly, among the TV stuff. Here are a few of my favorite things...


5 of My Favorite Globe Nominations 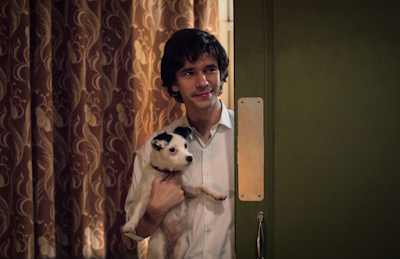 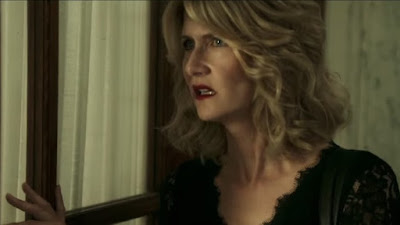 Actress in a Limited TV Series
Laura Dern for The Tale
.

.
Actor in a Limited TV Series
Daniel Brühl for The Alienist 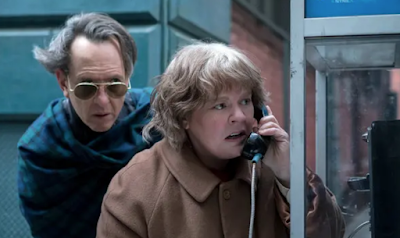 Runners-up: Timothee Chalamet in Beautiful Boy,
Stephan James in Homecoming,
all of the ladies in The Favourite,
anything ROMA 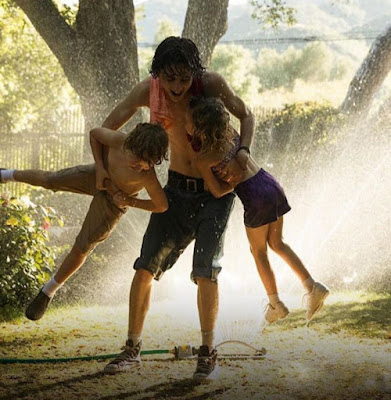 So what are your favorite nominations?
.
Who? Jason Adams When? 11:13 AM

IF BEALE STREET COULD TALK. Best Picture, Best Supporting Actress, Best Screenplay. It's my favorite film of the year (so far) and I'm glad it's getting some love.

I'm a big stan for BLACK PANTHER, so glad it's getting recognized.

And MARY POPPINS RETURNS was a sheer delight.

I liked A STAR IS BORN, and I'm glad it's getting some noms too, but that's expected.

Charlize Theron for 'Tully' - on par with her 'Young Adult' performance - so funny and heartbreaking.

John David Washington for 'BlakkKlansman' - I would have to see again to know if he'd make my list of 5, but his performance was definitely an integral part of that movie's incredible ability to shift tones radically.

All the best original songs.

As far as TV goes, I'm perplexed as to Kristen Bell making it in, but not Ted Danson for 'The Good Place'. She's good, but Danson seems to be having the time of his life and I am here for it.

Sandra Oh for 'Killing Eve' made me happy, although that was bound to happen.