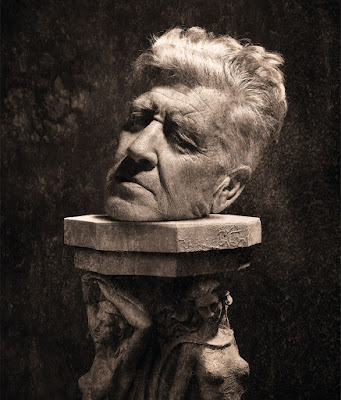 There are lots of bad things happening on this Earth right now but in there among the very worst is the thought that David Lynch might never direct another movie, or another season of Twin Peaks, or anything, something, anything. So yesterday's news -- buried inside a Vulture article about "unsung books" written about Rock Musicians -- that Lynch has been trying to raise funds to make a movie about legendary 1930s bluesman Robert Johnson based on the book Love in Vain: A Vision of Robert Johnson, well that should not be undervalued. (Thx Mac) Supposedly Scorsese once was going to make the movie, but that didn't happen - the book isn't just a straightforward biography, but is a dream-like narrative that has Johnson selling his soul to the devil for musical genius. Dream-like, huh? Ya don't say Lynch is interested? 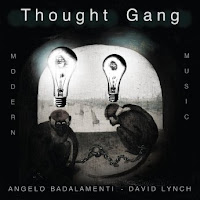 Anyway that's not all on the Lynch front -- his long-buried collaboration with his longtime composer Angelo Badalamenti called Thought Gang got dropped into the world this week - I haven't listened yet but I've no doubt weirdness is around the corner. I listen to Lynch's 2011 album called Crazy Clown Time all the time - the track with Karen O called "Pinky's Dream" is a beloved.
.
Who? Jason Adams When? 12:26 PM