Got To Get a Rain Check on Pain 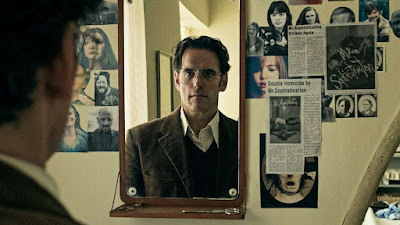 In 1992, the year that Bill Clinton and his wife walked into the Oval Office, Leonard Cohen cooed "I've seen the future, brother, it is murder," and it feels like we've been on one long roller-coaster ride towards the second half of that lyric ever since. No doubt it felt like that before 1992 - Cohen had to get his inspiration from somewhere - but 1992 seems like a good place to start. For one that marked the first Presidential Election I personally remember paying attention to, what with Bill tooting his saxophone on Arsenio, whoop whoop.

And for another a show called The Real World premiered in New York on MTV in 1992, inventing the Reality Show Boom that's swallowed up our imaginations. Funny enough that show's harbinger premiere coincided right alongside with a real-life Reality Show that this sleepless city's tabloids couldn't get enough of - Donald Trump divorced Ivana Trump, their gold-plated dumpster squabbles the sort of salacious stuff that our trash compactor country couldn't chomp down enough of. And so it went, and so it goes. Our mouths just got bigger to suit our appetites.

So I've lived the future, brother, and it is indeed murder. As the proclamation goes I could walk down to Fifth Avenue right now and shoot somebody's brains across the store-fronts of Tiffanys & Company and the tourists would keep on keeping on, oohing and ahhing over the bedazzled Bergdorf windows just five feet away. Or more likely they'd take their fat-tongued selfies across the street from Trump Tower, flashing gangland bada-bling signs of suburban wannabe dullards, white supremacists swaddled in Wal-mart caftans. 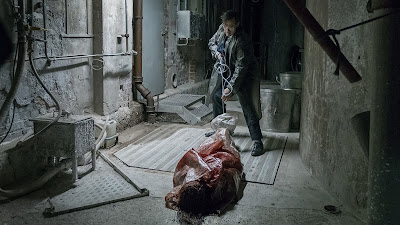 We're all killing each other, one Facebook post at a time. And Lars von Trier, Michael Haneke with Hemorrhoids, ever the European Art House conduit of a sordid and sick fascination with our United States of Sordid and Sick Fascinations, taps into our inherent violence with The House That Jack Built, his latest underlined provocation, plopped down into the roomy toilet bowl of American underlined provocations. We had it coming, like a sweet-smelling acid rain washing clean our sins - skin goes too, but who's to tell?

Watching Uma Thurman's snooty rich-bitch get her face bashed in I couldn't help but wonder - don't we all wanna smash up something beautiful and momentous, after all? Isn't that the true American Way, espoused by Brad Pitt and Steve Bannon alike? It sure feels that way these days, like we've all got some stranger's blonde hair bloodied on our knuckles as we lap up our breakfast sugars, and no movie has captured the sick oozing pit of stomach acid with which I greet every day with better than this movie just did. The House That Jack Built is the self-reflexive nervous breakdown of our times. I laughed, I barfed, I rolled my eyes and I felt real real bad the morning after.

Presented as a series of colorful and amusing homicidal vignettes, or "Incidents" as the movie self-consciously brands them, we listen as Jack (Matt Dillon, skull-faced and blanched) ruminates on creation, destruction, Mt Saint Helens and Buchenwald, his own obsessive compulsions and the effervescent piano stylings of Glenn Gould, all as he desperately chases down the stinky flesh and blood trails he's left lying in his wake. He's like a kid walking backwards in his boot-prints in the snow of ashes from the Holocaust. It's ridiculous, camp, flatly obscene all at once - it's all American as your red-capped racist uncle farting next to the Thanksgiving apple pie, it is. 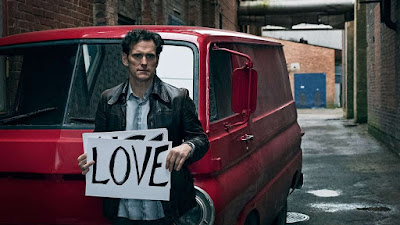 LOL I allllllways accidentally do that -- I suppose it's a subconscious act of violence towards those bastards ;)

I refuse to watch any of his films after how much ANTICHRIST nauseated me, but it's still interesting to see how people are reacting to this.

This whole review is fantastic, but I especially love this sentence: "Or more likely they'd take their fat-tongued selfies across the street from Trump Tower, flashing gangland bada-bling signs of suburban wannabe dullards, white supremacists swaddled in Wal-mart caftans."

Such a brutally efficient takedown, it's basically poetry.

IT IS POETRY! You are a brilliant writer!

I always love Von Trier's stuff (I can never see his films more than once... with the exception of "Dancer in the Dark") but I'm just not looking forward to this.

In spite of the coffee nasal irrigation that kick-started, thank you.