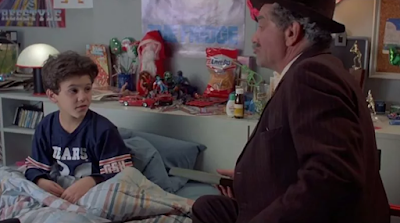 Grandson: A book?
Grandpa: In my day, television
was called 'a book.'

RIP to William Goldman, the author of the book The Princess Bride not to mention the screenplays for All The President’s Men and Butch Cassidy and the Sundance Kid and The Stepford Wives and Marathon Man and Misery and the evil ventriloquist dummy movie Magic as well as several unmissable books about screenwriting and the business (the movie business, that is). His book Adventures in the Screen Trade was the first book about movies I ever read! Goldman was 87 - you can read his whole obit over here. Anyway I first heard of him when I read The Princess Bride as a pre-teen, which became my introduction to the concept of movie adaptation - I have spent decades of my life upset about the "Zoo of Death" scene in the book getting left out of Rob Reiner's film version. This might be blasphemous, given what a classic the 1987 film version has become, but I've always wanted a remake because of that. 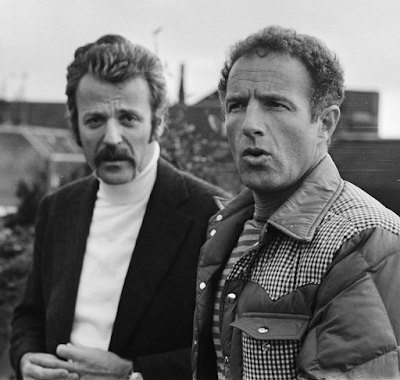 Look, no one can say that Goldman wasn't terrifically talented. From "The Temple of Gold", his first book, through "The Princess Bride", "Marathon Man", "Magic", "Control", and beyond, he was a tremendous writer of intelligent, complex popular fiction.

But he was also a vicious homophobe. His book "The Season: A Candid Look at Broadway" reeks with disgust about the influence of "fags" on NY theater.

He published it in 1969, which accounts for some of the vileness. I assume he later "evolved", but I've never read any kind of apology from him, and I've looked.

After reading "The Season" in the 1980s, I could never enjoy his work the way I had before.

For more related comments, check out the book's one-star reviews on Amazon.