From Armie Hammer to Superman 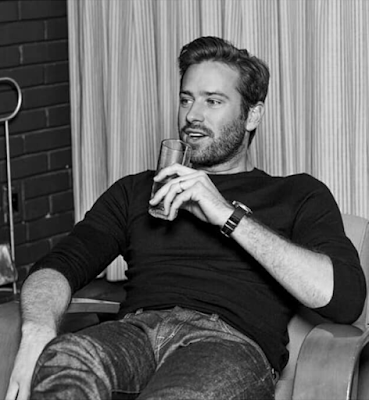 Last week we found out that Armie Hammer got himself a new acting gig - he's joining the sure-to-be-stacked cast of Death on the Nile, Kenneth Branagh's follow-up to his (not good but financially successful) Murder on the Orient Express - I've seen the original Death on the Nile movie but I'll be damned if I remember much about it; any guesses who Armie would play? The only other actors attached so far are Branagh reprising his grotesquely mustachioed Inspector Poirot, and then Wonder Woman herself Gal Gadot. Armie & Gal will look real good opposite each other, I wager! 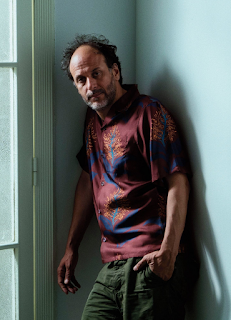 In other CMBYN Alum news there is a great big profile on director Luca Guadagnino in this month's New Yorker - you can read the whole thing right here. That's where I've been for the last half an hour. It is long! But it's full of stuff I didn't know yet so I recommend it, up to and including this confirmation of rumors about the Call Me By Your Name sequel:

"He wanted Johnson to play the wife of Hammer’s character. “She has to be a New England kind of hoochie woman,” he said, riffing merrily. “You have, maybe, five children.” “Oh, great,” Hammer said. “The only problem is the title,” Guadagnino reflected. “It cannot be ‘Call Me by Your Name Two.’ ”


I can't remember where that idea originated - if it's something Luca said in interviews before or if it's something everybody just sort of assumed would happen given his clear affection for Dakota and this perfect role for her sitting right there... but that's probably going to happen, if (no when) the sequel happens.

Other choice tidbits from the New Yorker piece - we hear what happened with Rio, Luca's movie starring Jake Gyllenhaal that he's no longer attached to direct, and then there's my favorite little passage, where he talks about his first sexual stirrings coming from a photo of "the actor Michele Placido costumed as Superman on the cover of the magazine TV Sorrisi e Canzoni" -- Luca says "I couldn’t take my eyes from the crotch," hilariously. Stars, they're just like us! And yes of course I managed to find the picture online... 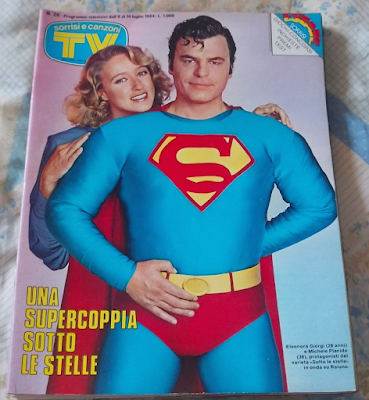 I imagine he might be playing Simon MacCorkindale's character. The husband of Mia Farrow.

That was my guess too. The ex-beau of Mia Farrow who shoots him in the leg after he dumps her and marries her best friend.

The movie can be titled "Call me by my Name"

Good grief. I wish I could have been at the party they describe Luca going to - it sounds positively wild. Penae everywhere! EVERYWHERE! If there is a Cinema God, He/She will surely edge Luca on to recreate it as a wonderfully debauched - though characteristically stylish - party sequence in one of his movies (ideally the CMBYN sequel).

Hanging around Laura Betti, now that is what i call getting an education, oh my

The original Death on the Nile is a triumph of a movie. It's worth seeing again just for the tango scene with David Niven, Maggie Smith and especially an over the top Angela Lansbury. It also features Lois Chiles, the aforementioned Mia Farrow, Bette Davis, Olivia Hussey and Peter Ustinov, who is marvelous (unlike Branagh) as Poirot! See it again, it's a treat!


Also, I. S. Johar as the boat's major domo-the most offensive portrayal of any race this side of Mickey Rooney in Breakfast at Tiffany's.

Armie's definitely got to be playing Simon, and he's perfect for the role. I would think Gal Gadot is playing the Lois Chiles character (the victim), which is also great casting. I'm beyond excited about this.