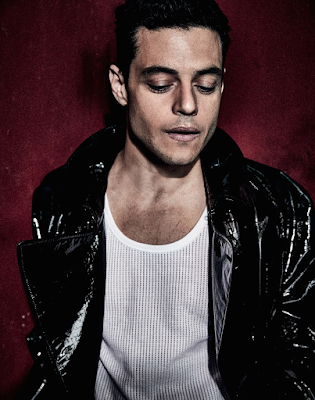 Rami Malek is on the cover of Attitude magazine this month for the Queen bio-pic Bohemian Rhapsody and inside the cover story (which we only have a portion of for right now; thx Mac) he apparently addresses the controversy that's been aimed at the film for "straight-washing" the character of Freddie Mercury. Says Rami:

"Let me say that I don’t think the film shies away from his sexuality or his all-consuming disease, which is obviously AIDS... I don’t know how you could avoid any of that, or if anyone would ever want to. It’s a bit absurd that anyone’s judging this from a minute trailer... The film needed to approach it in a delicate manner. You can’t shy away from it. It was an important moment to have in the film, one that ultimately is very sad but also empowering in a way... It shows you just how resilient human beings can be and how much we rely on the strength of our friends and family to get us through tough times."


"Which is obviously AIDS" is such hilariously awkward phrasing. Anyway to be fair to all of us bitching, Rami, the controversy's been around far longer than the arrival of the first trailer -- Sacha Baron Cohen basically said he dropped out of making the bio-pic circa 2013-ish because the surviving band-members didn't want to gay the thing up with too much focus on Freddie's promiscuity et cetera. So we've been anxious for awhile now.

I also think saying the film needed to approach the subject "in a delicate manner" betrays the spirit of Freddie fuckin' Mercury, who approached nothing in a delicate manner, but we'll see when the movie comes out in November I suppose. At least we've definitely got more of Allen Leech being gay with a mustache to look forward to. Hit the jump for the rest of Rami's photo-shoot for Attitude... 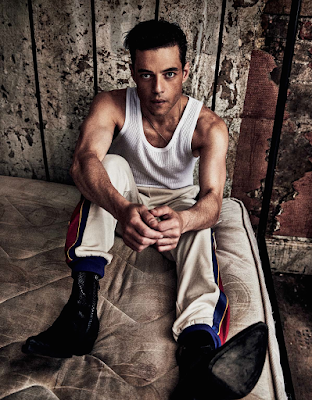 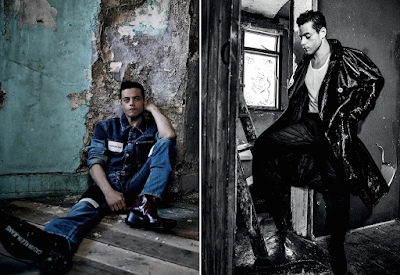 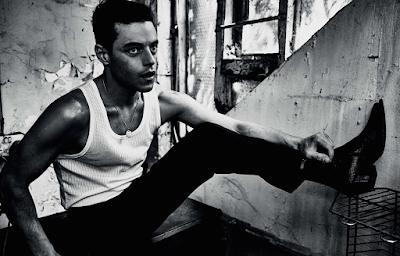 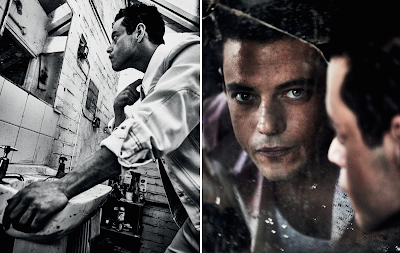 I guess they shied away from Mercury's chest hair, as well.

If I'd ever planned to see this movie, the straight-washing of Mercury and pussyfooting around AIDS would have been enough to kill my interest.

So Freddie Mercury apparently died of Mysterious Movie Disease, and we're back in the 1940s, when biographical films about gays always provided their gay subject matter with previously unknown girlfriends.

But then, I wouldn't have seen it anyhow, because I always detested Queen's dumb, ugly music.