"Oh the stench here is worse than a charnel house.
This is a graveyard. Rows of crumbling tombstones.
Vicious libelous epitaphs. And we're all drawn here like flies."

Lili Taylor voice-overs those lines as we stroll through NYU's main library, making this scene (and really this entire film) something of a dark underbelly flip-side to Wim Wender's similarly philosophical library scene in Wings of Desire. Just instead of angels we get devils.

Anyway I don't quite know how it took me until now to see Abel Ferrara's 1995 film The Addiction, a New York City based vampire flick starring Taylor, Christopher Walken, Edie Falco and Annabella Sciorra - I think maybe the title turned me off? Movie about drug addictions, even metaphorical ones, are almost always so pretentiously grim. And you can't argue that Ferrara's film isn't exactly that... 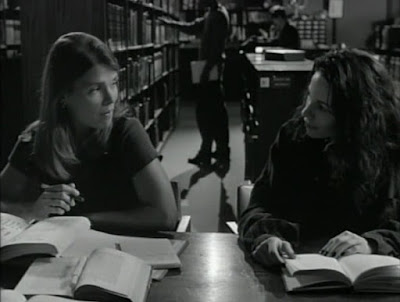 ... and yet on another level The Addiction is making fun, very very dark fun, of that notion too. Lila Taylor's character Kathleen is working on her philosophy doctorate and half the film is coated in rapturously pretentious philosophising in voice-over. It's just the other half is that philosophising being manipulated into a rationalization of evil - of human nature being sin itself. 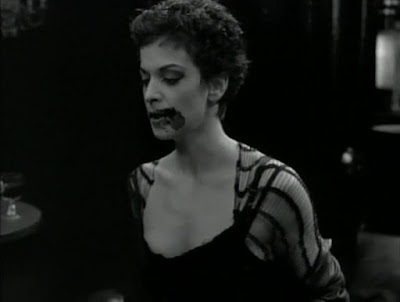 "Seventh Circle, huh? Dante described it perfectly. Bleeding trees waiting for Judgment Day, where we can all hang ourselves from our own branches. It's not that easy... "Doctor." To find rest takes a real genius. It's all a matter of discernment. Now, R.C. Sproul said we're not sinners because we sin, but we sin because we are sinners. In more accessible terms, we're not evil because of the evil we do, but we do evil because we *are* evil. Yeah. Now what choices do such people have? It's not like we have any options." 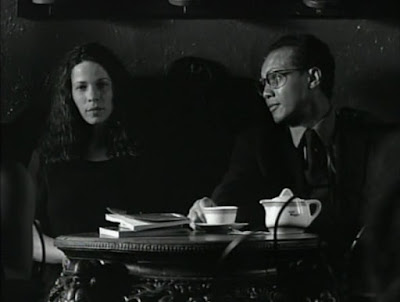 Ferrara turns intellectualism into the wriggling worm on a hook dangling in front of the abyss. It makes all the death and disease go down smooth. Time and again Kathleen uses her status as a privileged white woman of small size and harmless liberal demeanor to lure in victims - the last act includes a bloodbath at a Ph.D. party for god's sake. 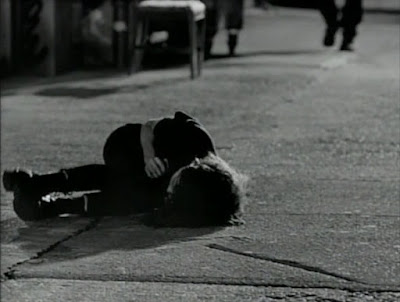 You can tell Ferrara is a real New Yorker because he shows a side of the city that often gets erased in the rush to stereotype us as rude - time and again people come up to aid and assist Kathleen when she shows distress in public; behind the stark shadows he paints the city as a friendly place full of good helpful people but Kathleen, in her poisoned bubble, is her own, and all those who unfortunately come into contact with her, ruination. 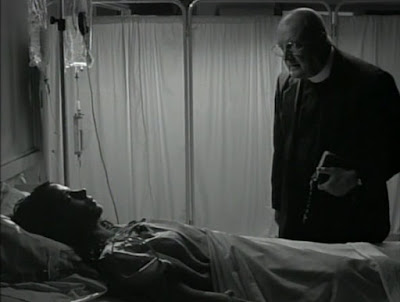 P.S. Arrow Films just put out a gorgeous blu-ray of The Addiction last week, with a stunning 4K restoration - the stark black-and-white photography by Ken Kelsch, who also shot Big Night and Bad Lieutenant and hey-oh The Driller Killer (!!!), is otherworldly, and there are a slew of new special features including a brand new doc on the film. Not to be missed! 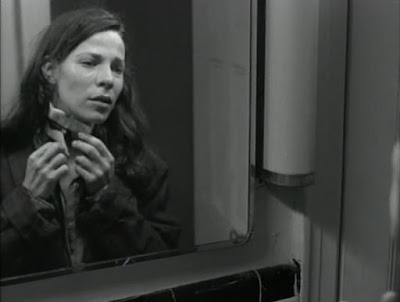