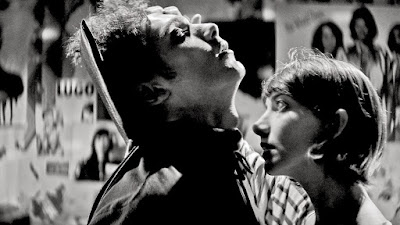 Arash: If there was a storm coming right now,
a big storm, from behind those mountains,
would it matter? Would it change anything?

A trio of things! First the reason for this post - a happy birthday to the director of this movie (as well as the Jason Momoa cannibal movie The Bad Batch) Ana Lily Amirpour, who turns 42 today. I was lukewarm on Batch but am still looking terribly forward to whatever she comes up with next, which appears to be called Blood Moon:

"... a mind-bending adventure set in the swampy neon-lit streets of New Orleans, and inspired by fantasy-adventure movies of the 1980s and ’90s. At its center is a girl with strange and dangerous abilities who escapes from a mental asylum and rejoins the chaos of modern-day civilization, on the hedonistic streets of the French Quarter."

Second things second we really don't talk enough
about the hotness of Arash Marandi in this movie...

We should really talk about that more.
And third things last... 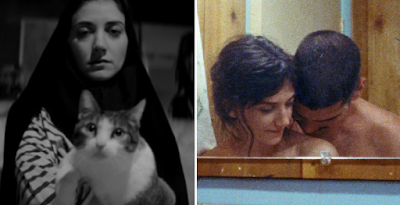 Cannot wait for y'all to see WE THE ANIMALS
My god, this movie pic.twitter.com/6CHLxWKy5S
— Jason Adams (@JAMNPP) July 25, 2018

After your last post about "we The Animals", I bought the book. OMG! WOW! One sitting, I couldn't put it down. Looking forward to this one.

I actually just started the book this morning (I hadn't read it before seeing the film) -- I might have finished it (it's so small) but my subway commute was too short. It's super so far though, I agree, and the movie did a stellar adaptation job.