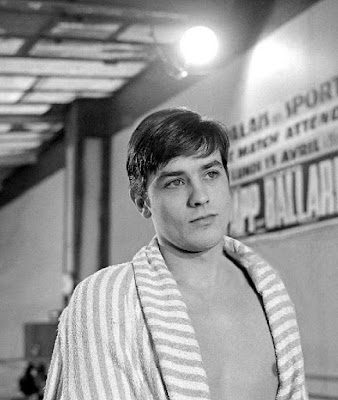 I didn't get to see Luchino Visconti's gorgeous boxing family film Rocco and His Brothers on the big screen during the recent Visconti retrospective at the Film Society of Lincoln Center here in New York - although the series was such a smashing success for FSLC they did just add another few days to the retro and Rocco is among them so maybe I will! - but the brand-new gorgeously restored blu-ray just hit shelves today so either way I'll get to see this sucker in all its glory soon. Click here for our previous posts on Rocco, which is a real stunner. (And I don't just mean Alain, although he surely aids.) 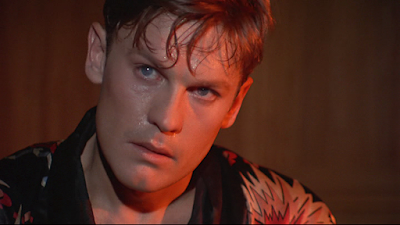 Also among the screenings added to FSLC's extra week of their series is another screening of The Damned, which I'm even more hopeful I can make it to - they're screening it the night after I am seeing famed stage director Ivo van Hove's reworking of for the gigantic Armory stage here in New York. You can read about Hove's version right here - I'm hella curious to see how he turned Visconti's decadent Nazi parable into theater. How strange that this has turned into the Summer of Visconti in New York.
.
Who? Jason Adams When? 11:05 AM