Too Old To Wait For This Show 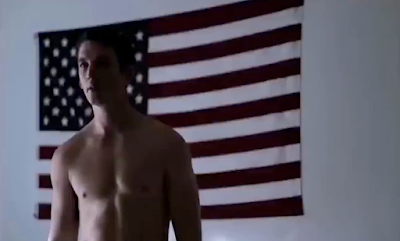 Not sure how I missed this but the first trailer (it's more of a teaser... actually it's more of a psychotic break via single frames flashing in your face) for Nicolas Winding Refn's upcoming series for Amazon titled Too Old To Die Young (previous post here) that stars Miles Teller, Billy Baldwin, Neon Demon stand-out Jena Malone...

... not to mention the ever awesome John Hawkes, among others, arrived recently -- you can watch it down below, if you'd like. Surprisingly the show, which is supposed to be like NWR's Pusher films, just set in LA - isn't set to debut until next year; come on, Nicolas, you dilly-dallyer. We might all be dead by then.
.
.
Who? Jason Adams When? 5:53 PM

ugh, i still can't get over the fact that watching this show would mean seeing miles teller, but not watching it would mean missing a NWR project.

Too bad they didn't go with Jonathan Tucker instead of Miles Teller. When I see Miles Teller, I just want to punch him in the face and take his jewels.

Any Jena Malone is worth watching for me, so bring it on asap

I don't even use capitalization when writing his name. That's how much i don't like him.