The Scariest Movie Ever Made in 2018 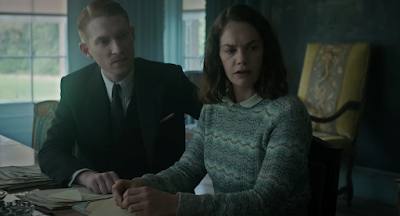 Hereditary came out this past weekend and I hope 'all saw it and liked it as much as I did but one thing it lacked, one thing that this here new horror film called The Little Stranger has in its favor in the "most high horrifying scares" department, is shown in the just-released trailer...

... a library fire! The horror! I don't know if I can see this movie now - it might be too much for my shelf-loving self to handle. Murder all the children and dogs you want to on-screen but don't come for my bookshelves! Anything but that! Take my mother instead! 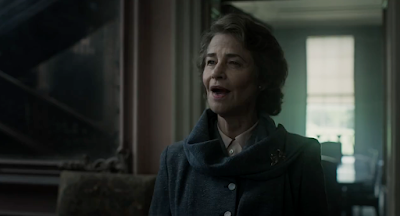 In all seriousness there are several factors that are making The Little Stranger stand out from the pack of gothic hauntings brimming at the multiplex these days - one, it is based on a book by Sarah Waters, who also wrote the book that Park Chan-wook's The Handmaiden was based on. Two it's directed by Lenny Abrahamson, whose last movie was Room with Brie Larson and Jacob Tremblay. That was a good movie. 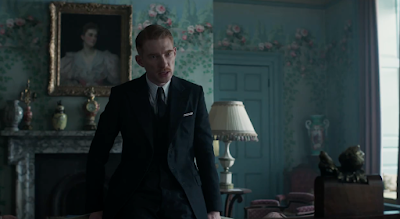 And three Domhnall Gleeson has a mustache. Excuse me - a Ginger-stache! The specificity of the "ginger" is vital. But the cast is great -- besides Domhnall and his ginger-stache there's Ruth Wilson and Charlotte Rampling and Will Poulter lurking about, burning books the bastard. Watch:
.

Charlotte Rampling and British People Who Dress For Dinner and an old dark house?

I'm still pissed off about the Library at Alexandria burning 2000 years ago!

ME TOO Anon. ME TOO

Grieving with you guys about the library at Alexandria.

I read The Little Stranger and it is excellent. Maybe a bit too indebted to some earlier classics of the genre, but really good. More spooky than scary, though.