Once Upon a Time in James Marsden 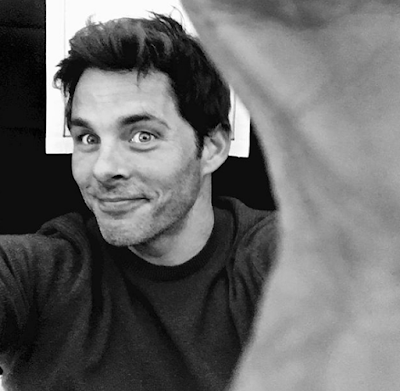 More news that I missed over the weekend - James Marsden has joined the ever-ballooning cast of Quentin Tarantino's movie about the Charles Manson Murders called Once Upon a Time in Hollywood - they're keeping a wrap on who Jimmy's playing though. That doesn't necessarily mean he's playing somebody famous - there are fictional characters intermingling with all the famous folks too - but if he was playing somebody famous in Hollywood in 1969 who might you have him play? Any fun guesses? James Marsden is too pretty to play normal people, after all.
.
Who? Jason Adams When? 5:59 PM

I could see him as Richard Beymer who was a very good friend of Sharon Tate and was certainly a big star at the time. They met when he was costarring in Barabbas and she was an extra, he encouraged her to pursue a career and they dated briefly and remained on good terms for the rest of her life. I believe he was a client of Jay Sebring as well.

I follow someone on Twitter who wants to see Marsden play Frank Sinatra so bad. And seeing as how the crooner was on Manson's so-called hit list, that's who I think Marsden is playing...even if Sinatra's family has been stringent about such matters.

I'm hoping he's playing Charles Manson. Maybe it's a longshot but a boy can hope.