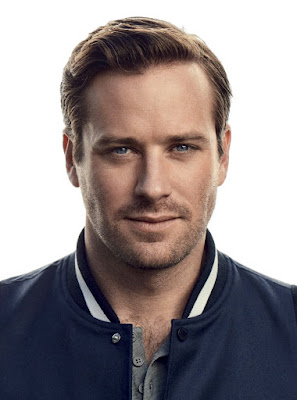 While I contemplate dressing in my finest and trying to pick up lonely old folks going into the theater every night in order to see Armie Hammer on Broadway this summer I've got some other news - it looks like there has been a title change of Armie's next movie! Or perhaps we weren't right at all when we heard the first title? Back in April we heard that his upcoming thriller opposite Dakota Johnson (and from the director of the very fine Iranian horror film Under the Shadow) was titled Darkest Dark. But now it's being called The Translation of Wounds, according to this site (thanks Mac).

They also give us a date (and it's terribly far away) - March 29th, 2019. That's 296 days from now! Yuck! Anyway also of news to me is the movie's based on a book titled The Visible Filth by Nathan Ballingrud, so I guess we can use those 296 days to go read the thing. Not sure how many pages the book is but I suppose that might be enough time to get through it, if we don't do anything else for that entire time anyway. I don't know why they're not just using the book's title - think of all the wordplay I could get up to involving Armie Hammer and filthiness...

Relatedly somebody tweeted last night (apologies if it was you; I was on Ambien when I read the tweet and I guess we're all off the hook for Ambien-related issues now if they're lower on the scale than "being a racist asshole," thanks Roseanne) about how Dakota Johnson starring in Suspiria (and now this, I suppose) makes her a third generation Scream Queen... but I kind of have to agree with my boyfriend's incredulous reaction - calling Melanie Griffith a "Scream Queen" just because of Body Double is probably a bit of a stretch. 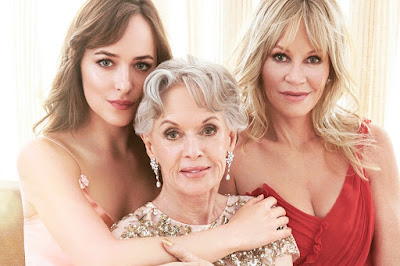 I can't stand her daughter, so call her whatever you want, but Melanie has been in her share of thrillers - including two fine mid-70s classics, "Night Moves" and "The Drowning Pool" - as well as (appropriately, and along with her own mother) the pilot for the "Alfred Hitchcock Presents" relaunch in the 80s.