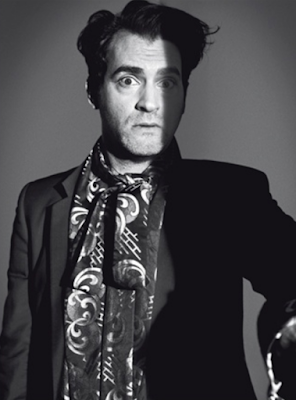 Some days I don't know how to weigh the awful things in the world with all the good stuff that is usually frivolous but in better times would seem enough - plenty even! So yeah our government is rotting from the head down right now, but on the other hand Elisabeth Moss and Michael Stuhlbarg (sidenote: can you even with that picture up top?) have just signed on to play Shirley Jackson (yes the Shirley Jackson that wrote "The Lottery" and The Haunting of Hill House, among others) and her husband in a fictional story based on a book of which I was unaware.

The 2014 book by Susan Scarf Merrell is called Shirley and it tells the story of a young couple that moves in with Jackson and her husband only to " find themselves fodder for a psycho-drama that inspires Jackson’s next major novel." So it sounds like there's nice roles but two more actors here but man alive Elisabeth Moss & Michael Stuhlbarg are you kidding me? Two of the finest around right now...
.

There really might not be a better actress working today than Elisabeth Moss pic.twitter.com/AVwz3K5pTV
— Jason Adams (@JAMNPP) May 3, 2018

.
This is a lot for me to take in. The book was adapted by Sarah Gubbins who created and wrote the show I Love Dick (of which I was a fan save the casting of Kevin Bacon, whose appeal always escapes me) and it will be directed by Josephine Decker, whose film Madeline's Madeline has not come out yet but which got some raves out of festival screenings. Also nice to see: these are all women working on this! Shirley Jackson is a figure screaming for feminist dissection so bring it on. And she's hot right now with Netflix currently prepping their long-form adaption of Hill House that we're salivating over...
.
Who? Jason Adams When? 10:38 AM

Stuhlbarg is probably the most underrated actor around. He's completely fascinating in everything.

I love Moss too, but I feel like she gets her due.