Jake, Riz, On the Range 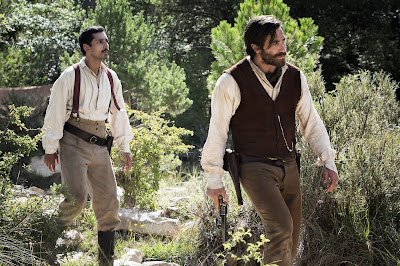 I'm actually surprised we're getting promotional materials for Jacques Audiard's film The Sisters Brothers already - it was only a little over a year ago that the project was announced but I guess that's normal turn-around? I think my brain has been spoiled by film-makers who take several years for projects to come together - this Jacques Audiard fellow seems like a professional! Good for him. Anyway yes as you see above Sisters reunites Nightcrawler stars Jake Gyllenhaal and Riz Ahmed in a western and that is really all I have to say, probably. Okay how about this, it also stars... 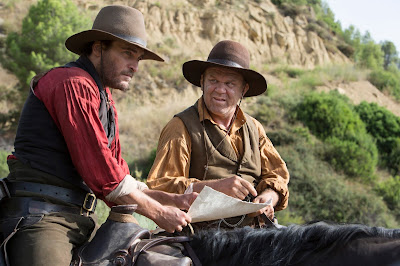 ... John C. Reilly and Joaquin Phoenix. And not pictured - Rutger Hauer and Carol Kane! That's some cast, pig. And I love hos in the trailer (yes there's a trailer, we're getting to that - Jake doesn't even show up until the halfway point. They're like - what you thought this cast was stacked before? Wham. Gyllenhaal!

I was surprised by how hard seeing Jake as a cowboy type on the range was still going to give me Brokeback feelings but there they are. Aww. Him and Riz sharing a pup tent is giving me LOTS OF FEELINGS. Here's the trailer:
.


.
The movie doesn't have a definite release date yet
but it should be this fall. You can hit the jump for
some gifs I made from the trailer now if you like... 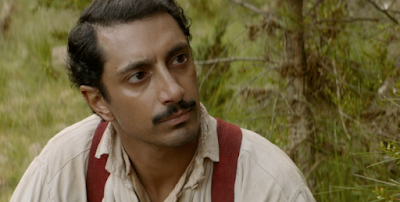