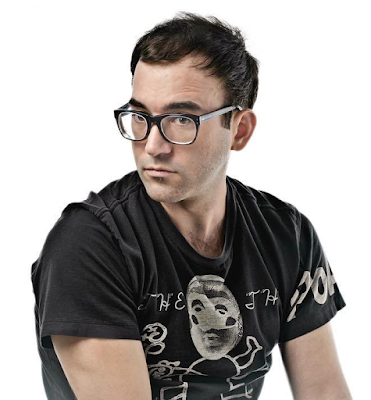 If you've ever seen Sufjan Stevens in concert then you know he tends to bring a whole lot of people on the stage with him, but his song "Mystery of Love" on the Call Me By Your Name soundtrack is so small and delicate (not as small and delicate as "Visions of Gideon" is, but still nowhere near as grandiose as he can get) that I did think that if he was going to perform it at the Oscars than it might just end up being him and his little banjo or whatever, plinking away in butterfly wings. But NOPE. He's bringing half of Indie Music with him, actually!

"Last month, it was announced that Sufjan Stevens would be performing his Oscar-nominated song “Mystery of Love” at this year’s Academy Awards ceremony. Now, it’s been revealed that he’ll be flanked by some special guests on stage: St. Vincent, Moses Sumney, Chris Thile (of Punch Brothers and “Live From Here”) will join him. Frequent Sufjan collaborators Casey Foubert and James McAlister will perform as well."


Back when St. Vincent was just "Annie Clark" she was one the folks that played on stage with him when he toured; I saw her that way a ton back in the early Aughts... 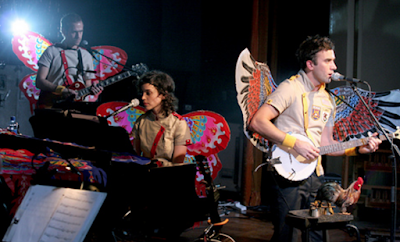 Look at her! Is that a mullet? I think that's an adorable lady hipster mullet, aww. Anyway that was before she became, you know, a rock goddess, dating supermodels and just being generally the coolest motherfucker on Planet Earth. 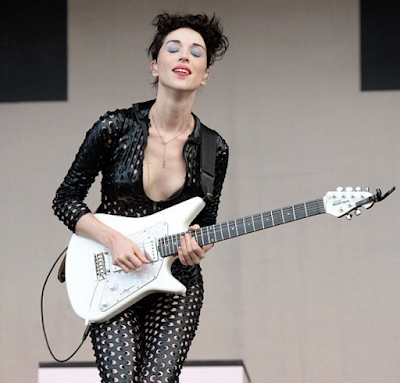 I imagine they're all there to support Sufjan and his sensitive little ditty though, so Annie will presumably keep it low-key. Or she'll tear the roof off the place and rain rock-star glamour and gore on Dame Judi Dench's head - one of the two. Stay tuned!
.
Who? Jason Adams When? 5:01 PM

That's so awesome. I love St. Vincent. Also, he must be blind as a bat because look at them glasses.

“Come out, come out wherever you are...”

Welp, the performance was super short and didn't particularly utilize his friends IMO. Sufjan himself seemed nervous, as well he might be in that setting. I love him so much that I guess I wanted him to blow us away, and instead it was a truncated version of the song and not a "wow" moment since I also love Moses Sumney. Oh well. Another year, another conventional Oscars.