I Have Turned To Dust With This News 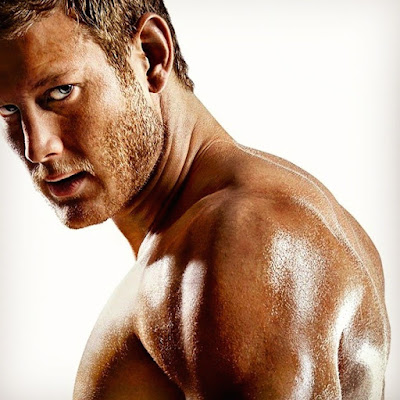 That right there is a picture of the actor Tom Hopper. He was on Game of Thrones last season; we've posted on him before, right here. This post is not about Tom Hopper. But I think of Tom Hopper every time I see news about the Oscar-winning director of The King's Speech named Tom Hooper, and then I click on the news and I'm all, "Boo, it's just The King's Speech dude. No nips to be found." Oh well - this is still important news, nips be damned.

The director Tom Hooper has signed on to direct an eight part (!!!) series adaptation of Phillip Pullman's His Dark Materials books! EIGHT PARTS! There are three books in the series - The Golden Compass (aka Northern Lights, depending on what country you're reading the series in) which was already turned into a failed franchise-starter back in 2007 with Nicole Kidman and Daniel Craig; then there's The Subtle Knife and The Amber Spyglass.

But wait! The series just got longer with Pullman having dropped what is meant to be the first book in a three-book series called The Book of Dust this past October, which I am suddenly realizing with dawning horror that I totally forgot about and haven't read yet. I posted about it and everything, and yet it totally slipped my melon. Anyway that will make six books turned into eight parts, apparently. I suppose if you add in the two short companion books called Once Upon a Time in the North and Lyra's Oxford it all adds up.

Anyway there are two actors signed on so far - the little girl from Logan named Dafne Keen that everybody fell for is going to play our leading lady Lyra, and she's probably excellent casting - I wasn't as nuts about Logan as everybody else was but she was a force of nature. And then in the role of the Texan Balloonist (yes really) Lee Scoresby (who was played by the pitch-perfect Sam Elliott in the 2007 film) there's a lil' someone called Lin Manuel Miranda signed up. Okay!

Those are two big roles but there are several great big roles left to fill, including Lyra's scientist-uncle Lord Asriel (who Daniel Craig played in the film), the witch queen Serafina Pekkala (played by a delicious Eva Green), and the big bad Mrs. Coulter, played to absolute icy perfection by Nicole Kidman back when. When I read the books years before the 2007 I'd pictured Kidman in my head while reading them - she was ace casting and I'm not sure they can find anyone better. Just hire Nic again.

Then again I'd actually be fine if they hired all the original actors - they were all great! (Poor Dakota Blue Roberts.) The problem with the original film was the Hollywood Studios adapting the story gutted everything interesting about the books, which tell some extremely dark stories tearing down Religion and the very idea of God itself. The folks making the new adaptation say they're staying true to the source material this go around - they're keeping it out of the U.S. for one, I think making this the most expensive UK production of all time? BRING IT ON.
,
Who? Jason Adams When? 1:58 PM

i read these books when i was 15 and loved them so much, wich made the fact that the movie had a perfect cast but wasn't that great more heartbreaking. i'm super excited to see the casting for Will, he was my favorite character!

I honestly didn't think The Golden Compass was all that bad. Not great per say but I think there were some good things going for it. Strange how some movies catch on and some don't. I mean, as far as silly big budget blockbusters go there are FAR worse ones than The Golden Compass that didn't "flop" as hard or get blasted so much.