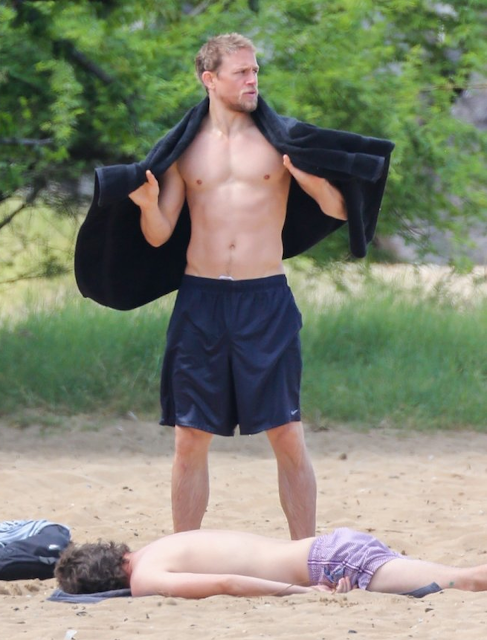 Once upon a time I asked for photographs of Charlie Hunnam and Garrett Hedlund together upon learning of their supposed off-spotlight friendship, but I didn't dare dream what the Triple Frontier movie shoot has gifted me. Look at Garrett laying there half-naked and prostrate under a looking half-naked Charlie. Mine eyes have seen the glory, guys. (ETA just realized that shot is of Pedro Pascal on the ground; everything still stands.) 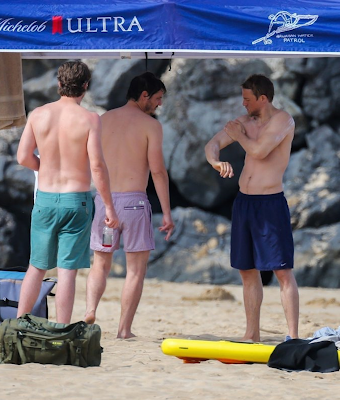 Anyway even though we were learned last night that a brand new batch of photographs of the boys - meaning Charlie Hunnam, Garrett Hedlund, Oscar Isaac, and joining them this round their co-star Pedro Pascal - romping on the beach had found their way onto the internet, even though we knew hours ago, we think posting them first thing this morning is the right thing to do. 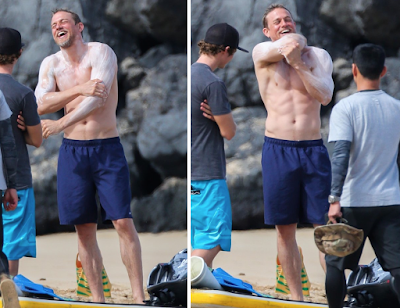 I know if I was just waking up this is the first thing I'd want to look at, and in a way I have made it thus, since I just went through and prepared this post. I have had a nice twenty minutes gathering this up, and you should go have yourself a nice couple of minutes skimming through them. (And then you can go stare at last week's batch of 200 shots, also.) Start your day off right after the jump... 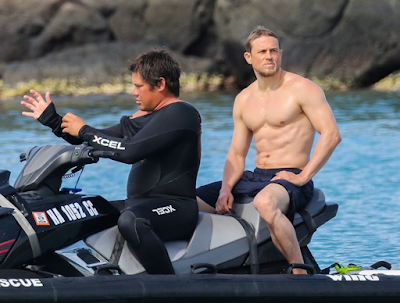 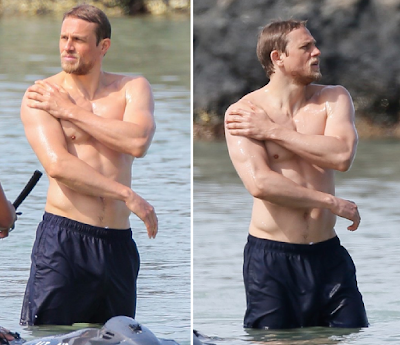 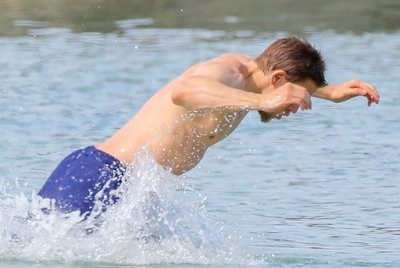 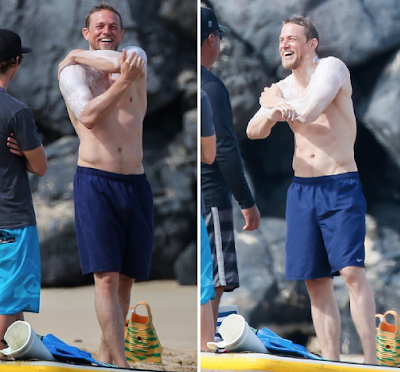 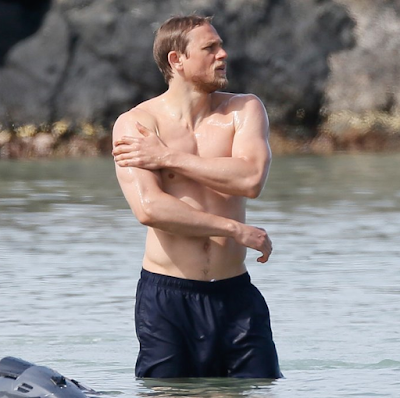 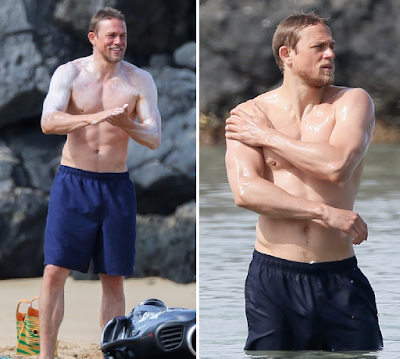 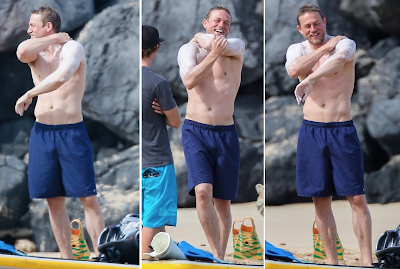 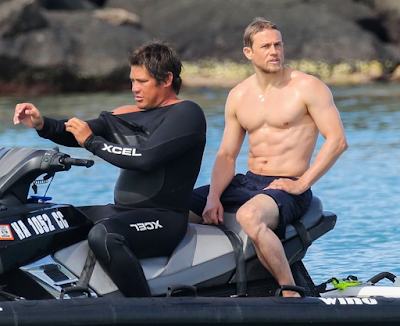 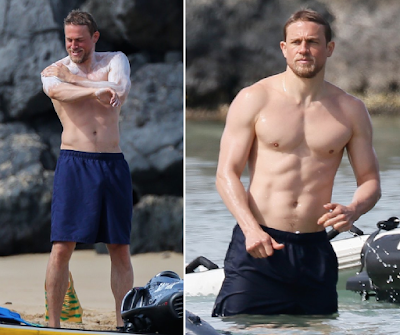 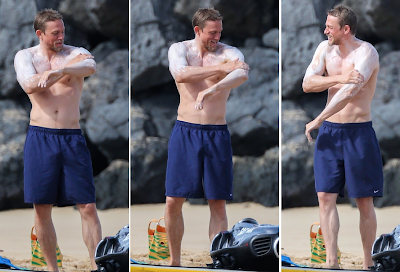 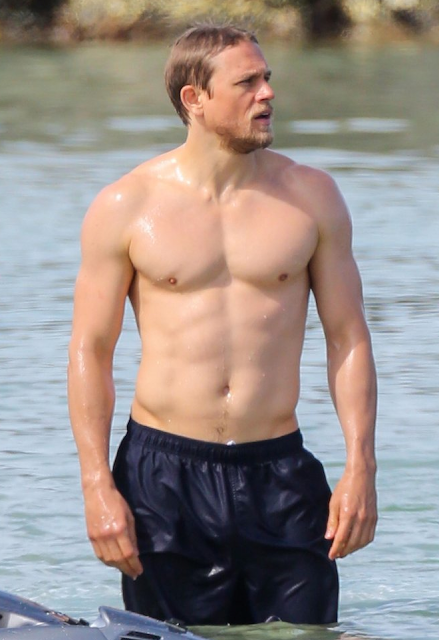 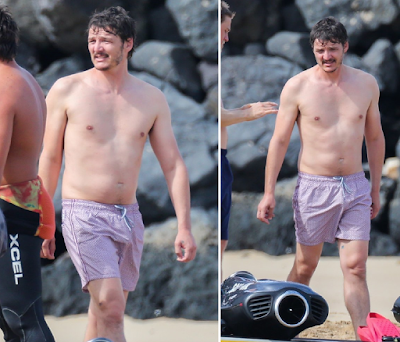 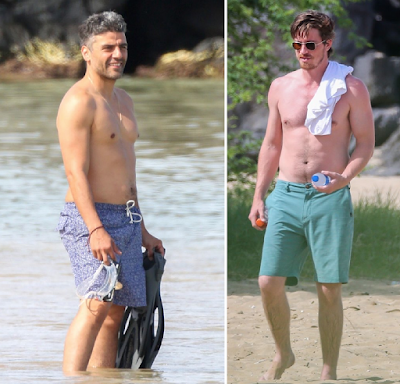 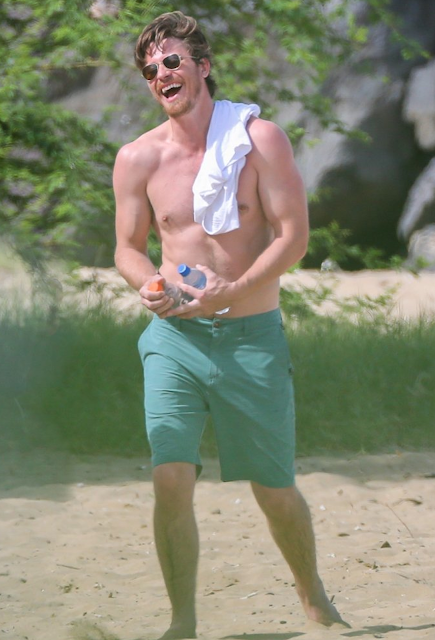 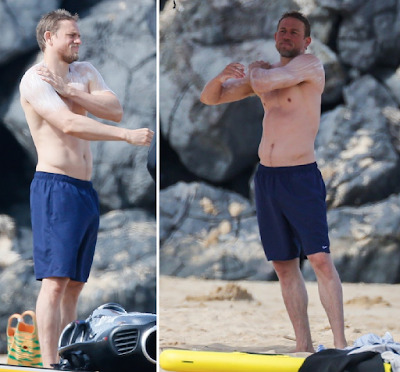 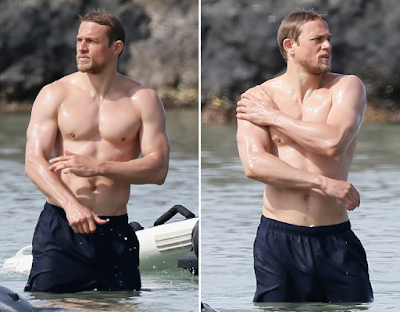 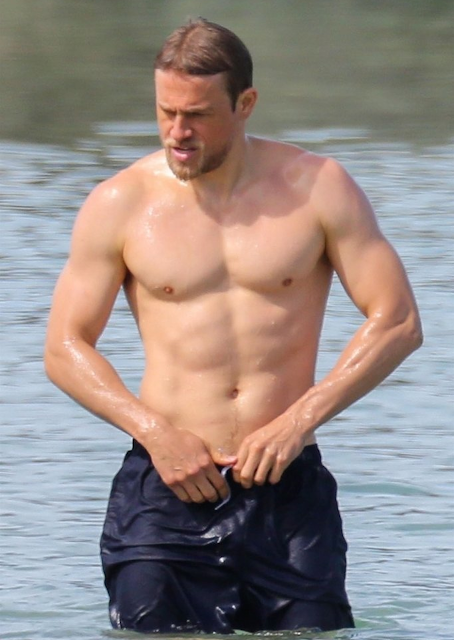 ETA oh and look at this (via): 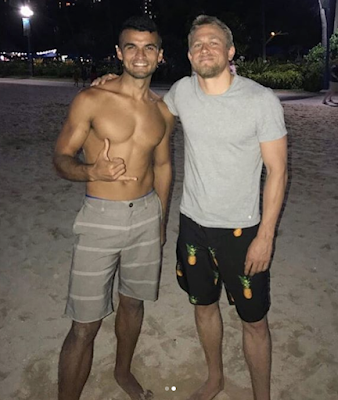 what kind of sick world are we living in where charlie has to apply his own sunscreen??

And the shorts are way too long....