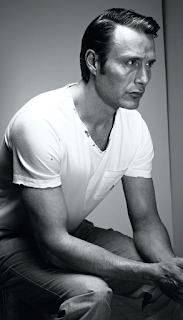 --- World Gone Mads - I was surprised to see that Swedish director Jonas Åkerlund hasn't really dipped his toes into feature-film-making too much - he's been making beloved music videos since the 90s (I especially love his clip for The Cardigans) but you can count his movie projects on one hand. Anyway that seems to be changing - he had a movie called Lords of Chaos play at Sundance that stars Emory Cohen and Rory Culkin, and now he's just announced a movie called Polar, which will stars Mads Mikkelsen as "the world's top assassin" being hunted by a bunch of other assassins. Not that we've never seen that story before, but Jonas has his own style. Anyway it's based on a graphic novel written by Victor Santos.
.
--- Remember Manderlay - The Dame Daphne du Maurier's book Rebecca is turning 80 this year - it was published in August of 1938 and was a smash success right away; so successful that some dude named Al Hitchcock turned it into a movie that became the Best Picture of 1940. Anyway there's a fascinating piece about the novel and its author over at The Guardian today that talks about Du Maurier’s fluid sexuality and its reflection in the characters of the book, which was clearly something that attracted Hitch to the story in the first place.
. 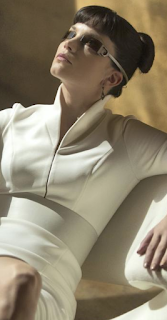 --- Soft Core Starlets - Far and away the best thing to come out of Denis Villeneuve's Blade Runner sequel (which I was sad to dislike since I've been so pro-Villeneuve for so long) was the actress Sylvia Hoeks' performance as the villain Luv - she was terrifying and gave that interminable flick some true oomph whenever she showed up. So I'm pretty psyched to hear that her next project's got her teaming up with Bullhead director Michael R. Roskam to make a bio-pic of the actress Sylvia Kristel who played Emmanuelle in that soft-core series of 70s and 80s flicks; she apparently had a fascinating and dramatic life. But the obvious question remains... will Roskam regular Matthias Schoenaerts show up as a sleazy sex-movie co-star??? (PLEASE?)
.
--- Let's Go - Ashamed it's taken me a week to mention this - Ira Sachs, the terribly talented gay New York filmmaker behind Love is Strange and Keep the Lights On and last year's Little Men, has lined up his next movie and oh my god the cast - it's called Family Vacation and it will star Isabelle Huppert and Jérémie Renier and Marisa Tomei (who was in Love is Strange) and Greg Kinnear (who was in Little Men) and it's about a family... you guessed it... on vacation. It will be filmed in Portugal. Also awesome news - the cinematographer will be the Portuguese lenser Rui Poças, who recently shot Zama for Lucretia Martel and The Ornithologist for João Pedro Rodriguez; what I've seen so far of his work is incredible.
.

--- Pennywises Future - Surprising absolutely nobody Jessica Chastain is in talks to play the adult version of the redheaded lone-girl "Bev" in the It sequel - Chastain starred in writer-director Andy Muschietti's previous horror flick Mama and so everybody with eyes could see this coming, given Chastain's note-perfect look to play an older version of the actress from the first movie anyway. Filming is set to start later this spring so we should hear more casting soon - I like this dude's suggestion on Twitter that Patrick Wilson just play everybody.
.
-- And Speaking of Stephen King, Hollywood really is digging through his everything right now - his 1960's horror poem called The Bone Church just got snapped up by director David Ayer and is being turned into a TV series, apparently. (thanks Mac) David Ayer just had a hit with Bright on Netflix (which I still haven't seen because god it looks terrible) and a not-hit with the definitely terrible Suicide Squad, but once upon a time he made the terrific End of Watch, so perhaps this could work. Keep hope alive. The poem's about a deadly expedition in the jungle.
. 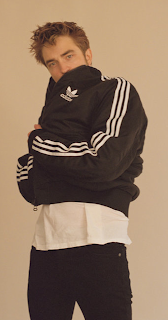 --- Twilight Mania - I remain somewhat uncomfortable with Quentin Tarantino making a movie about the Charles Manson Murders, but this has nothing to do with the horrible story that came out from the Kill Bill 2 set - I was uncomfortable even before that because I am uncomfortable every time the Manson Murders get dramatized. They remain too real and too horrific to me, in some weird way. Anyway I sincerely doubt the movie's not happening at this point (I don't buy those stories about the studio being wary one iota) so if it must I kind of love The Tracking Board's suggestion that Robert Pattinson play Manson, and now that I've imagined it I don't know if I want to see anything else.
.
--- Armpit Monster - How weird that this news was announced just a couple of days after I saw David Cronenberg's 1977 film Rabid on the big screen for the first time thanks to MoMA - it's getting remade! Normally I would blanch at such an idea, but the remake is coming from a pair of female directors - the Soska Sisters - and that's a story that could maybe use a retelling via a female perspective? It could be interesting anyway. I don't know the Soskas work though, so we'll have to wait and see.
.
Who? Jason Adams When? 4:28 PM