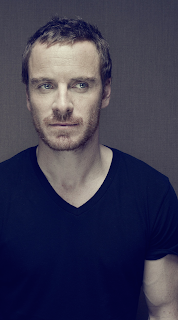 --- Fury & Fassy - Finally Michael Fassbender has lined up a new movie! He's been taking some downtime to, uh, get married I guess. But he has just signed on to star in the big-screen feature-length version of Kung Fury, which was originally a very popular short-film that got all sorts of love and attention on Kickstarter.  I kept meaning to watch that short but never got around to it - it's a riff on 80s action movies about a cop who does martial arts and goes back in time to fight Hitler, and there's a theme song from David Hasselhoff. Thing is the director (named David Sandberg) is the star of the thing so I have no idea who Fassbender's playing. He wouldn't make a good Hitler, I don't think.

--- Scream Fresh - It seems weird to me that the company called Miramax is currently being rebuilt as a production company of note - sans the Weinsteins that built it, of course - since it's so linked to their names (it's named after their parents) and... nobody really wants to think about Harvey Weinstein when they sit down for a movie now, ya know? Oh well. Business rules. And to be fair Miramax 2018 has nothing to do with Harvey. And it's not like that's going to keep me from seeing the new Miramax's first movie, which is the new Halloween movie. Nothing will keep me from that!  (Speaking of, new Laurie picture!) And they seem determined to build themselves back up on horror (which is how Original Miramax paid their bills) because they've just signed a big deal with Kevin Williamson, whose Scream franchise had a lot to do with that. They don't name any projects, they just use the hysterically 2018-ish phrase 'high-level motion picture genre content." Oh what a world we have built. 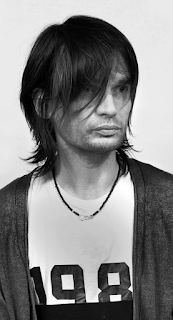 --- Phantom Man - I haven't listened to the podcast that this story was taken from yet but click on over here to get some highlights from a chat with Radiohead member and newly Oscar nominated composer Jonny Greenwood! He talks about working with Paul Thomas Anderson on Phantom Thread and goofs on whether he's actually going to go to the Oscar ceremony or not:

"I realized I was quite pleased with myself at the idea of not going, and I think it’s always good to resist that kind of urge, that sort of smirk. So maybe do the opposite to that impulse.... [But] no one wants to see sweaty version of me, shambling around, looking embarrassed. Amusing Paul, I think, is the main goal. Whatever entertains him.”


--- Into The Fire - Well this sounds kick-ass! Melissa McCarthy and Tiffany Haddish are going to star in a mob drama - yes, a drama - called The Kitchen, which is about a group of mafia-boss wives in 1970s NYC who take over after their husbands are arrested by the FBI. It's based on a comic series from 2014, and the film was written and will be directed by first-time director (and lifetime female) Andrea Berloff, who co-wrote Straight Outta Compton. I point out that the director's a woman because this feels like the sort of project that would've had trouble getting made on its own just a couple of years ago, much less with a woman directing it, and these are delightful little signifiers of progress.
.

--- Granny Betty - While I liked the first season of Preacher just fine the second season was spectacularly good, and so I'm very much looking forward to seeing how it rolls next time around. They have just started shooting the third season I guess, and they added some actors to the cast, including a name you might be familiar with -- Betty Buckley (aka that one lady from Carrie) is going to play Dominic Cooper's character's grandmother. (thx Mac) There are some character details from the comics at that link which make it sound like a pretty nutty character, for a pretty nutty show.

--- Have Some Pryde - Tim Miller, the dude who made the Deadpool movies, is keeping himself in the X-Men business - he's teaming up with famous comics writer Brian Michael Bendis to make a Kitty Pryde movie. Kitty Pryde has been played by Ellen Page twice on-screen already, in X-Men 3 and in Days of Future Past, but who knows if they'll keep Ellen around - maybe they'll decide they're rebooting her, in which case I will be pissed off and fully prepared to blame it on homophobia. So keep that in mind, fellas! In related news there is apparently a bisexual comics character in Deadpool 2 - not sure how big his role is but Shatterstar is supposed to be in there. I wouldn't hold my breathe for that to be addressed though. (Much less a 20 minute Ryan Reynolds gay sex scene, which is all we're hoping for.)
.
Who? Jason Adams When? 4:08 PM