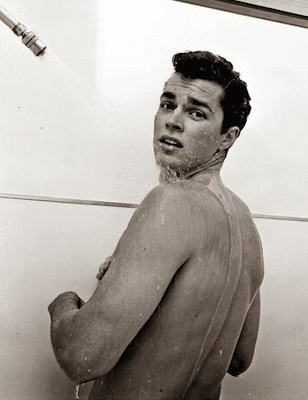 Today is the 80th birthday of West Side Story and Twin Peaks actor Richard Beymer - a happy day to him! I didn't really know anything about Dick so I went a'looking this morning and he's lived an interesting life! He got his start as an actor in Vittoria De Sica's 1953 film Stazione Termini (aka Indiscretions of an American Wife) opposite Montgomery Clift! The year that West Side Story hit he shared the Golden Globe for "New Star of the Year" with Warren Beatty and Bobby Darin - supposedly him and Natalie Wood didn't get along on WSS because she'd wanted Beatty, her co-star in Splendor in the Grass that same year, to play Tony opposite her. (Diva.) 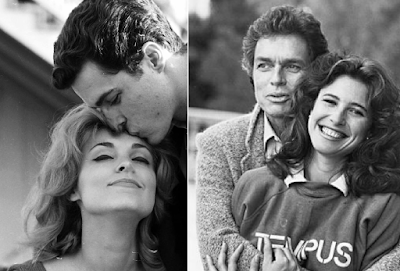 Also he was good friends with Sharon Tate and actually convinced Sharon to become an actress! Most importantly of all though - he played Mimi Rogers' husband on shirt-lived ABC modeling series Paper Dolls, alongside Morgan Fairchild, Brenda Vaccaro, and Lauren Hutton. Man the 80s were the best. Has Paper Dolls been released anywhere? I would love to watch some Paper Dolls. Anyway Beymer has been single his entire life (cough cough) and is a big practitioner of Transcendental Meditation with David Lynch - they went to India together in 2014 and Beymer made a movie about it, I guess. Anybody have any good Richard Beymer stories? 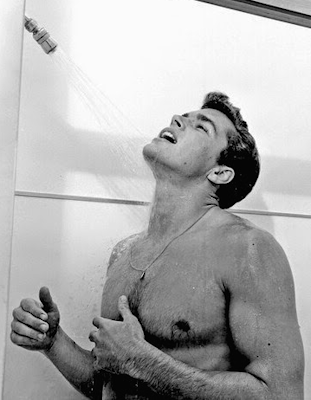 Fascinating life, apparently - who knew?! And right there with you on the 80s and Paper Dolls. What a cast!

I used to search movie mags etc for some shirtless pics back when I first became aware of him when West Side Story was released. I went to a number of films not remembered today hoping he would be shirtless including one with Joanne Woodward called The Stripper based on an Inge play. How I would have loved to have found the pics you posted today. Would have sent me over the moon, and I had never seen these before. Once many years ago I went to the Hollywood Wax Museum and there was a scene of Natalie Wood and Beymer in the marriage scene in Westside Story that has the song One Hand One Heart. Each was kneeling beside each other as in the film. In front of Wood was a little card that said "Natalie Wood". Next to Beymer was ............nothing. I was outraged. Glad he found his way back to fame.

I love all things West Side Story but honestly feel he was the weakest link in the cast. Nice voice and good looking enough but didn't think he was dreamy enough for Tony.

Richard Beymer was dreamy in his prime. Not as dreamy as Fabian (Forte), but still very dreamy.