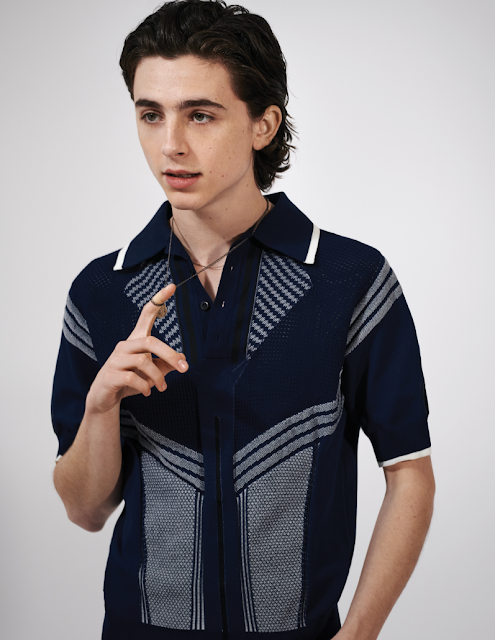 Among those of us who pay (too much) attention to such things there've been whispers that Timothee Chalamet was about to have a couple of magazine covers shortly, and here's one! Timmy's on the cover of V Man and the interview with him inside was conducted by a hero of his, the musician Frank Ocean, and it's typically adorable, listening to Timmy get to fanboy out - that's been one of the genuine pleasures of this awards season (we have to take them where we can find them), seeing this genuinely talented kid meet and interact with his heroes. 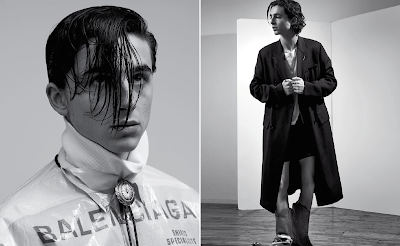 (See also the picture of him with Meryl Streep and Laura Dern at the Oscar luncheon yesterday.) Anyway the whole interview is worth reading but here's a sweet little choice bit when Frank asks him if he follows the idea of "One for me, one for them" and if he'd ever make a big budget movie like Transformers:

"As Kanye put it, Guillermo del Toro made Pacific Rim and that’s one of his favorite movies. His latest movie, The Shape of Water, is amazing. Christopher Nolan is tied with Paul Thomas Anderson [as] my favorite director. If one of those auteurs has a $200 million film and wants me to be a part of it, fuck yeah. ... The project I’m jumping into is exactly that. I’m going to put on 25 pounds—I’m like a skinny little shit right now."


Oh I want to know what Timmy's doing next! He hasn't announced any projects after Beautiful Boy, the book adaptation where he plays Steve Carell's addict son that will probably have him back in the Oscar conversation next Fall if it goes right. (There is the Woody Allen movie of course but, well, you know.) I wonder what it is! Timmy packing on 25 pounds - hard to picture. (ETA oh and it turns out that there's also a chat between Timothée & the director Xavier Dolan in this same issue - read that here!) Anyway there are several more pictures too, hit the jump for them... 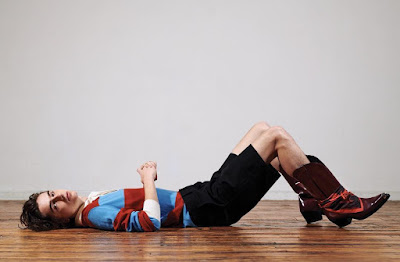 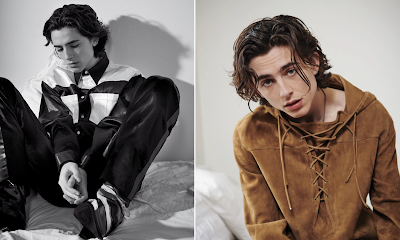 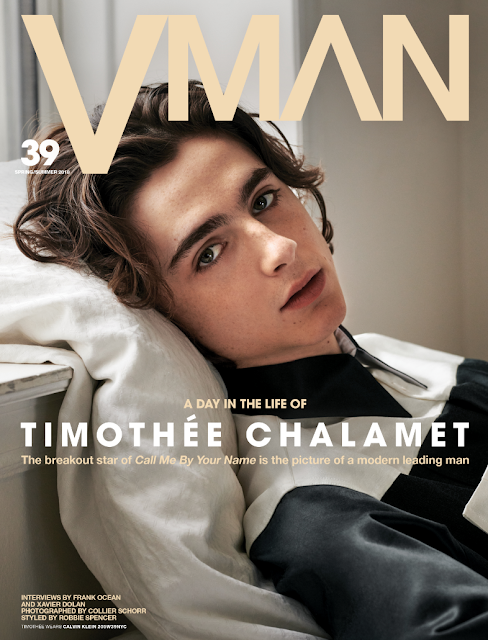 Literally, this is the first word out of my mouth about this cover and the one bit you posted. I'm so glad Timmy came on my radar as my other love faded away.

on another note: does anyobody know what books elio is reading in the movie? i guess it takes a very sharp eye to recognize ... i would just love to know, as a lover of books and as a lover of CMBYN :)

Basti, I think at one point he is reading Heart of Darkness