Xavier Dolan Is Going To Make Love For Us 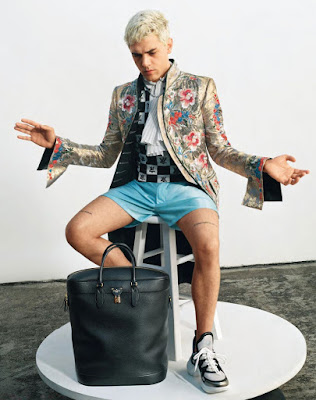 Quebecois Wunkerkind Xavier Dolan announced his next next movie yesterday - after he puts his finishing touches on The Death and Life of John F Donovan (that's his starry English-language debut with deep breath Kit Harington, Jessica Chastain, Natalie Portman, Jacob Tremblay, Thandie Newton, Susan Sarandon, Chris Zylka, and Kathy Bates) he is returning home to Quebec to make a gay love story! All the details are at THR but he says he was inspired by last year's Call Me By Your Name and God's Own Country (and this year's Boy Erased, which he co-stars in) to finally make a straightforward gay movie.

"I have been confronted with such mature material... and that gave me the desire to talk about homosexuality from an adult — and not a post-adolescent — point of view, and to talk about my generation and my friends and friendships. It made me want to write about two best friends falling in love who had never realized they could have a preference for men. I want to talk about true friendship and true love."


The movie is called Matt & Max and he's going to star in it (this will be the first time he's done that since his best movie 2013's Tom at the Farm) and his mother will be played by his main muse Anne Dorval, who's acted in four of his previous movies. Speaking of Tom at the Farm Dolan says we should expect this new movie to resemble that one "aesthetically" but to expect its "energy and spirit" to be more like his movie Mommy, and I think that's his way of saying it will be rectangular but there will be lots of screaming and dancing.
.
Who? Jason Adams When? 5:02 PM

I just love how different opinions and interpretations there can be about art forms. I didn't really love Tom at the Farm but really liked it visually. Whereas Mommy is one of my favorite movies ever, so i'm really exited about how Matt & Max sounds like!

Althought i will watch anything Xavier Dolan does for as long as he keeps doing it.

Loved Lawrence Anyways. Haven’t seen anything else by him yet. Plan to.

plan b has a similar premise.