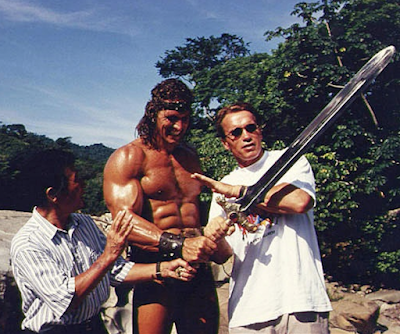 A happy 59th birthday to the bodybuilder turned actor Ralf Möller today! Ralf co-starred in a couple of Van Damme movies (Universal Soldier and Cyborg) and was the lead in the Conan television show in the late 90s and is still playing heavies (literal heavies - he's an enormous 6'6" tall on top of almost 300 pounds of nothing but muscle) in movies up through today. He was in Gladiator! 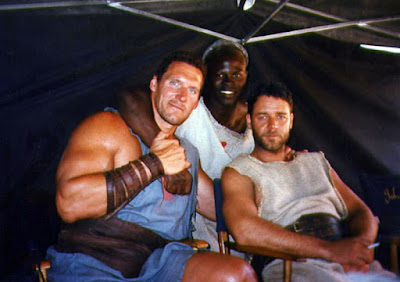 I grew up in the 80s so despite me technically "knowing better" I've got a soft spot for the Movie Muscle Men a la Schwarzenegger - Möller is supposedly a good friend of Arnold's (love these pictures of the two of them in 2014 where The Daily Mail goes on about Rolf making Arnold look teensy) which makes sense since he's a German Mr. Olympia. (Yes I know Arnold is Austrian, shut up.) Anyway this tidbit from Rolf's IMDb trivia page gave me a chuckle:

"Ralf Moeller and Dolph Lundgren co-starred together in Universal Soldier (1992). Years later, both actors auditioned for the role of Hagen in Gladiator (2000), with Lundgren losing it due to Ridley Scott being unimpressed by his acting and Moeller winning the role." 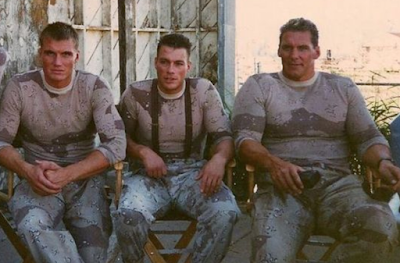