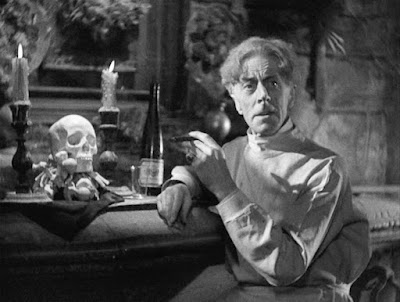 Dr. Pretorius : Sometimes I have wondered whether life
wouldn't be much more amusing if we were all devils,
no nonsense about angels and being good.

The great Ernest Thesiger was born on this day in the year 1879 - I hope and pray that somewhere there's a 139 year old reanimated version of him cranking out queeny one-liners, because what could be better? Bride was on TV a few weeks ago and I realized I very much want to go back and read Christopher Bram's stellar book The Father of Frankenstein, which was the inspiration for Bill Condon's stellar movie Gods & Monsters - it's been 20 years since I read it, which seems impossible but is clearly true given the year. My goodness. Any fans of the book?

Oh and as long as I've brought up the Bride I guess I should remind y'all that Elsa Lanchester's phenomenal auto-biography is finally being reprinted -- the paperback hits shelves on April 1st and you really really need to read it. Known primarily for her role in this movie Elsa had a crazy full life-- from her youthful dance career under the tutelage of the scandalous Isadora Duncan through her marriage to homosexual genius Charles Laughton -- and was a tremendously entertaining writer, and those two things come together smashingly well in this here tome. I cannot recommend it highly enough. We don't need a reboot of The Bride - some enterprising actress out there needs to give us an Elsa bio-pic! Who do you think could play her? 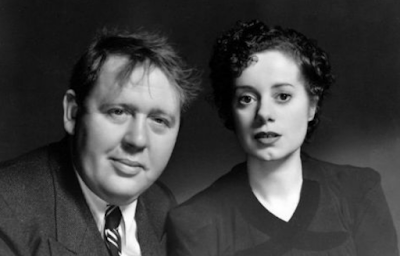 Elsa Lanchester's wig from Bride of Frankenstein is on display at the Museum of the Moving Image in Astoria. They also have Bette Davis' wig from Jezebel and Elizabeth Taylor's from Cleopatra. My friend Bill Fletcher styled the Taylor wig for them. FYI