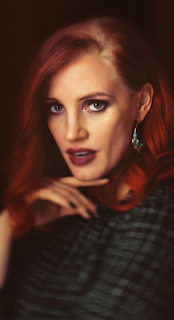 --- Fierce Hairdo - It's just a teaser but I can already say with true and honest conviction that I am already infatuated with Jessica Chastain's villainous-seeming hint of blonde roots thanks to this look at them on the Death and Life of John F. Donovan poster via director Xavier Dolan - see the whole thing here. That said I want to see more of Kit Harington on the final poster - perhaps wearing jeans? - because of course I do. In case you missed that recent batch of pictures from the movie, click here. Donovan is supposed to be out sometime early next year.
.
--- Undead Director - The rumor we heard last month has now been confirmed - David Fincher's next movie will be the sequel to World War Z, starring once again his hot ass muse Brad Pitt. This will be Fincher's first film since 2014's Gone Girl so fine, whatever it takes to get him in the director's chair in. A Fincher Zombie Movie is certainly something to wrap one's head around, anyway.
.

Pretty sure that FINN WITTROCK & DARREN CRISS having sex together is the Ryan Murphy equivalent of "crossing the streams" pic.twitter.com/296oGwbHyi
— Jason Adams (@JAMNPP) June 21, 2017

--- Fashion Freak Out - I think the above tweet pretty much sums up my feelings on this news but let's fill in the actual details - Finn Wittrock has been cast in the Versace season of American Crime Story. He will be playing Jeff Trail, the first victim of Andrew Cunanan, played by Darren Criss. (See the first pictures from the show here.) I haven't read the book this is all based on so I might be wrong - EW describes Trail as a "friend" of Cunanan's, so maybe they won't have sex? Come on Ryan Murphy. Ya can't jerk me around like this. "True Story" be damned!
. 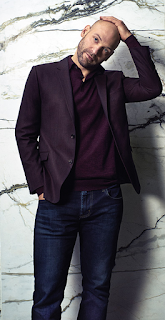 --- Bald As The Moon - Whiplash director Damien Chazelle is following up La la Land with a movie about the moon landing (based on this book) and I guess the first person cast was (of course) Ryan Gosling as Neil Armstrong, but now even better - Corey Stoll has joined the cast to play his fellow astronaut Buzz Aldrin! Although one thing that always bothers me about realistic space movies is those great big bulky un-sexy astronaut suits, so let's hope they find a work-around for that with Corey. Maybe we'll find out that Buzz was always naked in the shuttle? Why not? Anyway Kyle Chandler and the great Jason Clarke have also joined the cast so this thing's turning into a real Outer Space Stud Fest.
.
--- Bite Off - The two gents behind Benedict Cumberbatch's Sherlock series are next teaming up to reboot his shadow Victorian contemporary, a fellow called Drac. Dracula, that is. Hey it's got to be better than that Jonathan Rhys Meyers series, which totally wasted both Thomas Kretschmann and Oliver Jackson-Cohen in thankless supporting parts. (I'd support their parts, hardy hard hard.) Anyway this won't be striking any time soon, they say, but it will be released in intermittent movie-length bursts just like Sherlock is.
. 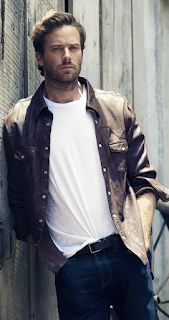 --- Corporate Hammer - Reading through the nutty plot description of Sorry To Bother You, an upcoming movie that Armie Hammer has just joined the cast of, it's hard not to think this is proof that the success of a movie like Get Out does have immediate positive repercussions:

"The film is about a black telemarketer with self-esteem issues who discovers a magical key to business success, propelling him to the upper echelons of the hierarchy just as his activist comrades are rising up against unjust labor practices. When he uncovers the macabre secret of his corporate overlords, he must decide whether to stand up or sell out."


I mean... that doesn't get green-lit without Get Out, right? But thankfully it has. Anyway as for Armie I am guessing he plays an executive or such. For such a beautiful blond rich straight white dude Armie sure does like diving into stories about queer people and people of color a lot, doesn't he? Good on him. (thanks Mac)
. 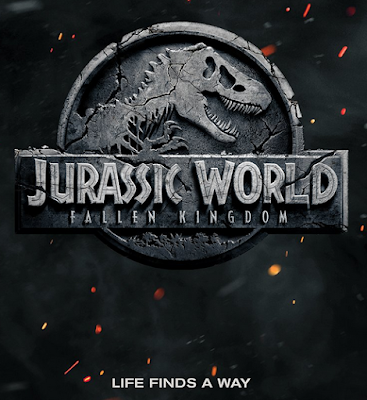 --- Fallen Feelings - The next Jurassic Park movie (I know we're supposed to call them "Jurassic World" movies now but I'm good, thanks) has gotten its subtitle and its first poster today - the film will be called Jurassic World: Fallen Kingdom. Yeah, okay, sure. I wish I could be more excited - this being the franchise that turned me into a movie maniac in 1993 and all - but the last movie was such bollocks, and I've only grown to like it less and less with time. Anyway Jeff Goldblum is returning so there's that. I will try to be more enthusiastic... eventually... I promise. Fallen Kingdom though? I don't know. It's so clunky.
.

--- The Godfather of Gorey - Eli Roth is going to turn an Edward Gorey illustrated book into a movie! I am surprised that Hollywood hasn't turned to Gorey's stuff before this - it makes sense. Gorey did only illustrate this one though -- it's called The House With A Clock In Its Walls and it was written by John Bellairs in 1973; I guess it's one book in a 12 part series so who knows, perhaps Eli has found his Lord of the Rings. In less thrilling news the movie will star Jack Black, who gets on my last nerve 98% of the time, so there's that. Anybody read it?
.
--- And Finally the movie called God's Own Country is a gay drama that got a bunch of rave reviews at Sundance and Berlin earlier this year (from what I recall people often lumped it in with Call Me By Your Name, saying it was the better and sexier of the two) - it's out in the UK (where it's from) on September 1st and there's now a trailer and here it is:
.

Can't wait for "God's Own Country"!!! Keep us posted if/when it has a US release date.

I loved "House with a Clock in its Walls" as a kid. How intriguing!!!

ooh, that finger touch in the 'god's own..' trailer; i want that movie inside me NOW