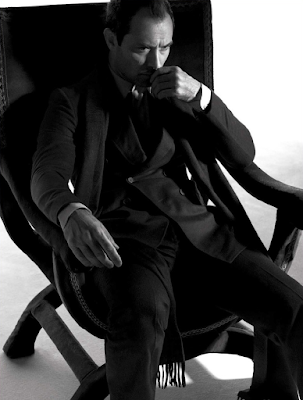 By now you've probably heard that Jude Law has been cast as Young Albus Dumbledore in the next Fantastic Beasts movie, but I want to add my gay ass two cents! First up, the actual news:

"Law will portray Dumbledore long before the iconic wizard became the Headmaster at Hogwarts, as he has been known in the Harry Potter books and movies. We meet him decades earlier when Dumbledore is still serving as the wizarding school’s Transfiguration professor. He is also a contemporary of Gellert Grindelwald, the charismatic dark wizard who believes wizards are superior to Muggles and No-Majs.

... Director David Yates put out this statement: “Jude Law is a phenomenally talented actor whose work I have long admired, and I’m looking forward to finally having the opportunity to work with him. I know he will brilliantly capture all the unexpected facets of Albus Dumbledore as J.K. Rowling reveals this very different time in his life.”

You know what my gay ass is thinking when
I read the words "unexpected facets" right?

Correct! Dumbledore need not be a sexless old man this time around, folks. The first Fantastic Beasts, for all its goofiness, was generally more adult than any of the Harry Potter movies, and Dumbledore's non-reciprocated lust for the character of Gellert Grindelwald is canon via JK Rowling's own lips. That said I hate that it's Johnny Depp in Judge Doom drag that he's supposed to have feelings for...

Hopefully Dumbledore's got a side-piece.
Perhaps a distant Weasley uncle... 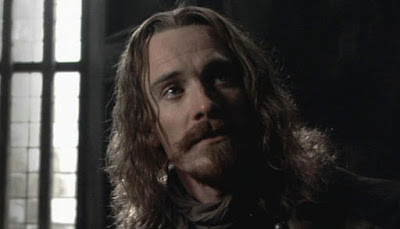 oh my god is that how johnny looked?