It's All For You, Demian! 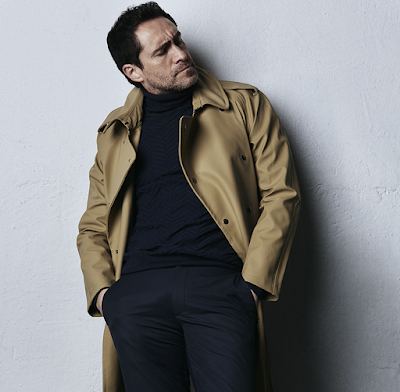 I've so far refused to watch the opening scene of Alien: Covenant that was released early because I would rather see it in the theater when I sit down to watch the entire movie, thank you very much, but when I went looking for a picture of sexy beast Demian Bichir just now to attach to the news story I am just about to get to I stumbled upon the reveal that in Covenant's already released opening scene him and the well-bearded actor Nathaniel Dean are apparently playing Space Gays?

Huzzah! Hot stuff! I hope their characters, who seem from the outset to be of the expendable crew flavor sort, get some good death scenes. Gays deserve good death scenes too! Anyway today's news - Bichir has signed on to star in The Conjuring 2 spin-off The Nun - presumably he is not playing the Nun, but who knows. Who cares? Bichir is a terrific actor and I don't get to look at him nearly enough. On that note here's him and Diego Luna rubbing noses: 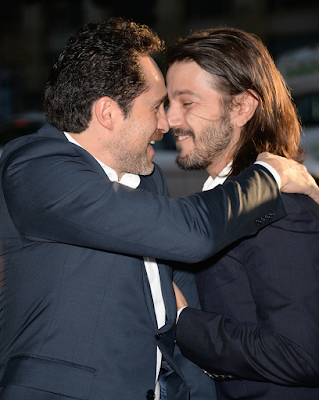 Oh, I like Nathaniel Dean! The beard is doing him wonders!

Damn, I hate that I'm probably going to see that Nun movie now, since I'm so thirsty for Demian to get more leads. He was excellent in the too good to last remake of The Bridge.

I was lucky enough to see him last month as El Pachuco in Zoot Suit, directed by Luis Valdez. He was marvelous in an amazing and timely production. If they bring it to NYC, I urge you to see it.

Demian taking Mary Louise Parker over his knee for a spanking in "Weeds". Lucky girl